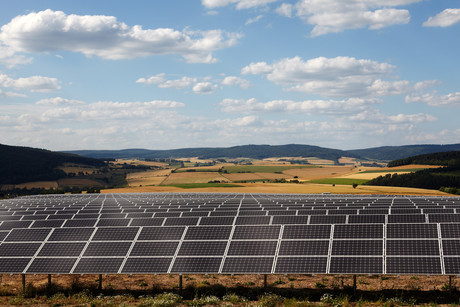 Raptor Maps, an MIT spinoff, uses artificial intelligence software to improve the maintenance of solar panels, which has become increasingly difficult as the solar industry has grown.

Technicians have previously run electrical tests on random sections of solar cells in order to identify problems. Drones equipped with thermal cameras have helped improve the speed of data collection, but this has created challenges around interpreting this flow of unstructured data.

Zach Winn from MIT News explained that Raptor Maps analyses imagery from drones and diagnoses problems down to the level of individual cells. The system can also estimate the costs associated with each problem it finds, allowing technicians to prioritise their work and owners to decide what’s worth fixing.

“We can enable technicians to cover 10 times the territory and pinpoint the most optimal use of their skill set on any given day,” Raptor Maps co-founder and CEO Nikhil Vadhavkar said.

Founded by Eddie Obropta, Forrest Meyen and Vadhavkar, who worked together in the Human Systems Laboratory of the MIT Department of Aeronautics and Astronautics, Raptor Maps initially focused on the agriculture industry.

The founders planned to build drones equipped with high-definition thermal cameras to gather data, then create a machine-learning system to gain insights on crops as they grew. In 2015, Raptor Maps won the MIT $100K Launch competition, but when the software become publicly available two years later, they found that most people were applying the system to thermal images of solar farms instead of real farms.

“Solar is similar to farming: it’s out in the open, 2D and it’s spread over a large area,” Obropta said. “And when you see [an anomaly] in thermal images on solar, it usually means an electrical issue or a mechanical issue — you don’t have to guess as much as in agriculture. So we decided the best use case was solar. And with a big push for clean energy and renewables, that aligned really well with what we wanted to do as a team.”

Since Raptor Maps began to focus on solar at the beginning of 2018, it has processed 4 GW worth of data from customers on six different continents, which is enough energy to power nearly 3 million homes. It has found success in the industry by releasing its standards for data collection and letting customers use off-the-shelf hardware to gather the data themselves. After the data is submitted to the company, the system creates a detailed map of each solar farm and pinpoints any problems it finds.

“We run analytics so we can tell you, ‘This is how many solar panels have this type of issue; this is how much the power is being affected,’” Vadhavkar explained. “And we can put an estimate on how many dollars each issue costs.”

The company plans to grow at least fivefold in 2019 and is also working with Enel Green Power on getting its software to generate insights in real time using graphical processing units on the drone itself.

It leveraged its data repository of digital PV systems to query 2900 MW across 18 countries to help PV system owners and operators benchmark and improve their portfolios. Encompassing 13 million modules across 300 PV systems, the study showed that on average, 1.7% of production is affected.

“As an industry, we have made tremendous progress in ushering in an era of standardised, scalable modelling and analytical techniques,” explained Obropta, Raptor Maps’ CTO. “The fact that we can encode module-by-module analytics into a global, geospatial PV data structure, and simplify it into a digestible summary, is just the beginning of the bright future that lies ahead for PV.”

Fluke Networks has announced what it says is an industry first, with certification of the...

Sydney's 'factory of the future' ready to drive state-wide innovation