Energy monitor can find electrical failures before they happen 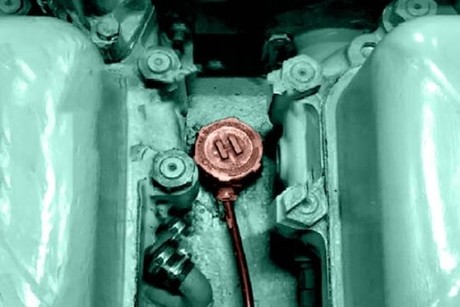 Researchers at the Massachusetts Institute of Technology (MIT) have developed a sensor that can monitor wiring in a building, ship or factory and signal when repairs are needed. It can determine which electric devices are in use, whether any are showing signs of an imminent failure and can help improve energy efficiency.

According to the researchers, a sensor is attached to the outside of an electrical wire at a single point, without requiring any cutting or splicing of wires. It can sense the flow of current in the adjacent wire, and detect the distinctive ‘signatures’ of each piece of equipment in the circuit by analysing fluctuations in the voltage and current whenever a device switches on or off. Sensor readings can be monitored on a graphic display called an NILM (non-intrusive load monitoring) dashboard.

During tests on a Boston-based Coast Guard cutter, called USCGC Spencer, the system pinpointed a motor with burnt-out wiring that could have led to a serious onboard fire.

About 20 different motors and devices were being tracked by a single dashboard connected to two different sensors on the cutter. The sensors, which in this case had a hard-wired connection, showed that an anomalous amount of power was being drawn by a component of the ship’s main diesel engines called a jacket water heater.

MIT Professor of Electrical Engineering Steven Leeb said crew members were sceptical about the reading, but when the protective metal cover was removed from the heater in question, they found significant smoke, severe corrosion and broken insulation.

Lt. Col. Nicholas Galanti, Engineer Officer on the cutter, said, “The advance warning from NILM enabled Spencer to procure and replace these heaters during our in-port maintenance period, and deploy with a fully mission-capable jacket water system. Furthermore, NILM detected a serious shock hazard and may have prevented a class Charlie [electrical] fire in our engine room.”

The system is designed to be easy to use with little training. The dashboard features dials for each device being monitored, with needles that will stay in the green zone when things are normal but swing into the yellow or red zone when a problem is spotted.

As well as detecting anomalies before they become serious hazards, Leeb pointed out the dashboard can also perform other useful functions. By constantly monitoring which devices are being used at what times, it could enable energy audits to find devices that were turned on unnecessarily when nobody was using them, or spot less-efficient motors that are drawing more current than their similar counterparts. It could also help ensure that proper maintenance and inspection procedures are being followed, by showing whether or not a device has been activated as scheduled for a given test.

Leeb described the system as a “three-legged stool” that allows for energy scorekeeping, activity tracking and condition-based monitoring. He noted the latter is crucial, especially for people with mission-critical systems such as the Coast Guard, the Navy, oil producers or chemical manufacturers who need to monitor factories and field sites that include flammable and hazardous materials, and thus require wide safety margins in their operation.

All of the system’s computation and analysis can be done locally and does not require an internet connection, which means it offers high security in terms of outside tampering or data theft.

The research team included MIT students, the U.S. Coast Guard and the U.S. Naval Academy. It was funded by the U.S. Navy’s Office of Naval Research NEPTUNE project, through the MIT Energy Initiative.

The first of two research papers was published in IEEE Transactions on Industrial Informatics.

This is a modified version of an article originally published by MIT News. Reprinted with permission of MIT News.

Photo shows the area on the Coast Guard cutter Spencer’s diesel engine where the MIT-developed “NILM Dashboard” detected damage that could have caused a fire. The damage was hidden under the brown cap at centre. Image courtesy of the researchers. Licensed under Attribution-NonCommercial-NoDerivs 3.0 Unported (CC BY-NC-ND 3.0).

Victoria's Space Solar has been banned from participating in the Solar Homes subsidy program...

In support of October's Breast Cancer Awareness Month, STANLEY is donating $2 from every sale...

The full range of products from Sydney-based company GL McGavin is now being exclusively...