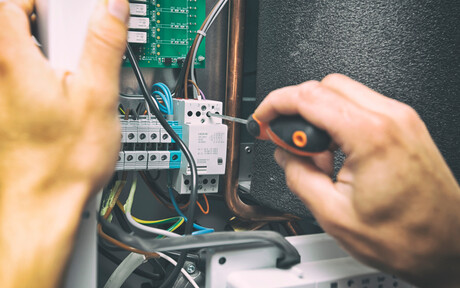 A Nedlands family was placed at risk of serious injury after an electrical work error caused the metal pipes at their home to become energised, with one person receiving an electric shock from a shower tap.

Following the November 2019 incident, Building and Energy prosecuted Canning Vale electrician Samuel Thomas Alliston (EW161275) for not adequately supervising the electrical work, which was carried out by an apprentice under his supervision. On 1 April 2022 at Perth Magistrates Court, Alliston was fined $5000 after pleading guilty to breaching WA’s electrical licensing regulations.

The court was told that Alliston and the apprentice attended the Nedlands property to replace the main switchboard and install new lights and a fan. That evening, an occupant at the house received an electric shock from the shower tap, but luckily there were no serious injuries.

Building and Energy’s investigation found that the main neutral conductor at the switchboard was left disconnected. Without a neutral connection, circuit protection mechanisms do not work and earthed metal objects are exposed to hazardous voltage rises that could cause lethal electric shocks or fires.

Magistrate Thomas Hall also ordered Alliston to pay costs of $1804 and emphasised the seriousness of any electrical offence, adding that “the buck stops” with the supervisor to ensure work is carried out correctly.

“It is essential that apprentices are properly supervised so the public can be confident in the safety and quality of the electrical work,” Abdoolakhan said.

“This is another case where, had the mandatory checks and tests been undertaken, the electrician would have picked up and corrected the error.”

Installers of renewable energy systems are being urged to help identify and warn consumers about...

A multimillion-dollar promotional blitz is underway to encourage more interstate tradies to help...

Rather than building electric trucks from scratch, an Australian company has developed a solution...