LED tail-lights — why take the risk? 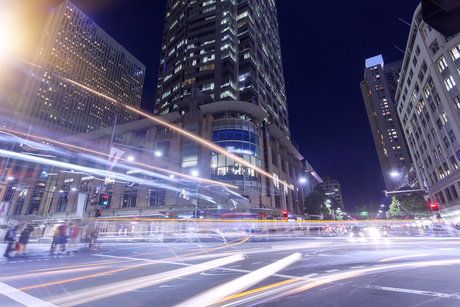 If you wouldn’t mess with your computer motherboard, why would you consider adding LED tail-lights to a new light commercial vehicle?

Vehicle manufacturers are designing computerised modern cars and utility vehicles to be as smart and efficient as possible in order to reduce fuel consumption and emissions. This leads to a complex electrical circuit and charging system, which means that adding accessories to the electrical system is often fraught with risk.

Many new vehicle owners, however, are still looking to retrofit LED lights for light commercial vehicles. This is despite the fact that most modern vehicles do not have a compatible electrical system that allows a direct replacement of the OEM (original equipment manufacturer) tail-light assembly.

Many new vehicle owners consider LED tail-lights to be far superior to traditional bulbs — they last longer, burn brighter and use less power to operate, not to mention they are better for the environment.

LED lights are excellent when powered directly from the battery or in addition to an existing circuit; however, this is not the case when used to replace OEM tail-lights.The problem is that modern commercial vehicles are akin to a computer on wheels, which means that post-fitting LED lights — or other electrical items — is a bit like messing with the motherboard.

Manufacturers are making vehicle electrics more and more sophisticated using electronic switching, CAN bus (a message-based computer protocol for electrical wiring) and monitoring systems to control, protect and power the vehicle’s electrical circuits. These systems detect a variation in the electrical current that can result in a ‘fault’ condition showing up on the dashboard and thereby help convey problems to the driver so they can be repaired.

Due to the low current draw of LED tail-lights, this fault condition can appear when installed on a circuit not designed for this type of light. On an indicator light circuit, the fault appears as a fast flash.To overcome it, it is necessary to fit a load resistor that matches the original light globe wattage at the same time as the LED lights are fitted. Resistors used in this manner, however, are an inefficient use of energy. They do not perform any physical action and can overheat and melt insulation, causing short circuits and possible fire hazards. As the size of the load resistor matches the replaced globe, there is no saving in energy.

Load resistors are needed on indicator lights and, depending on the base vehicle, perhaps on tail, stop and reversing lights as well.

Without a load resistor, the indicator light circuit will continue to flash fast, and this fast flash feature is an Australian Design Rules requirement. In a normal circuit, it occurs when there is a globe failure and acts as a warning to the driver to take action. This feature no longer operates when a load resistor is fitted, which means the installation is no longer ADR-compliant.

But what is more alarming is that the modifications needed may negatively affect the vehicle’s safety features.

If left on too long, or incorrectly sized, the load resistor’s temperature can melt insulation, cause short circuits and create a fire hazard.

There are special load resistors designed for LED light circuits which, when correctly installed, minimise the maximum temperature of the resistor. If you are considering converting your fleet vehicles’ tail-lights to LED, consider these facts first:

All this is on top of standard fit-out costs by the body builder/auto electrician, none of which is supported by the vehicle manufacturers. Dealer networks at times are reluctant to assist with non-OEM installations, making repairs difficult.

While on the surface, LED tail-lights seem like the optimum choice for fleet vehicles, post-fitting them carries costs and risks that far outweigh any perceived benefits. They can compromise the modern electrics and the ‘fix’ of a load resistor can introduce new problems, not to mention compromising the vehicle’s manufacturer’s warranty. Put simply, never fit LED tail-lights if you need to modify the base vehicle electrical circuit — and this includes changing OEM connectors and fitting load resistors.