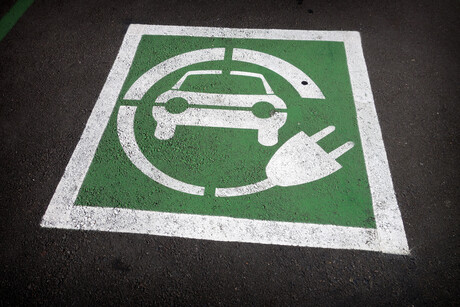 A new $3.4 million trial will help support growing adoption of electric vehicles across Australia while reducing the need for costly upgrades to electricity infrastructure.

The EV Grid: Enabling Electric Vehicle Friendly Networks and Neighbourhoods trial will be led by Jemena in partnership with electricity distribution companies AusNet Services, Evoenergy, TasNetworks and United Energy. It has been awarded $1.6 million in funding from the Australian Renewable Energy Agency (ARENA) and will run over two years. ARENA funding will assist in purchasing smart charging hardware, network monitoring equipment, as well as program management costs for the trial.

The trial will see more than 170 electric vehicle owners across Victoria, the ACT and Tasmania receive a ‘smart wall charger’ that will be up to three times faster than the regular charger commonly supplied with a new electric vehicle and will allow electricity networks to dynamically manage when charging occurs. This will reduce charging time from three hours to one hour for a typical vehicle that travels around 40 km a day. The smart wall charger will be supplied and installed for free, initially saving participants around $2000. A bonus of up to $300 will also be provided to participants who remain on the trial for the full trial period.

“Many electric vehicle owners plug into their home charger at around 6 pm when there is already increased demand on the electricity grid,” said Executive General Manager of Jemena Networks Shaun Reardon.

“This trial will allow the owner to plug in their car at the same time, but the smart wall charger will defer the charging until a time when there is reduced demand on the grid based on a real-time assessment of available network capacity.

“Participants will also benefit from off-peak tariffs (where relevant) and other incentives may be provided during the trial.”

Vehicles vital for a resilient and affordable grid

“Electric vehicles will be vital for a future electricity grid that is resilient and affordable. This project will deliver a key piece of that puzzle: collaboration between the electric vehicle driver and the distribution network, which, if sustained, will contribute to delivering cheaper electricity for everyone,” said JET Charge CEO Tim Washington.

“With more and more Australians buying electric vehicles, we want to play our part in supporting this adoption while ensuring the electricity grid can manage the extra consumption, particularly in neighbourhoods that already have a high uptake of electric vehicles.”

“The thing that makes this trial different is that we have a group of energy distributors cooperating to understand how to facilitate the expected growth in electric vehicle adoption, and even more importantly, how to fully realise the possible benefits for all electricity users,” said AusNet Services’ Head of Emerging Markets John Theunissen.

“As more people buy electric vehicles, we are preparing our networks to support this change while continuing to deliver reliable and affordable power to all customers,” said General Manager of Electricity Networks for United Energy Mark Clarke. “By better understanding how and when customers want to charge their electric vehicles while balancing sustainability and cost, we will be able to adapt how we operate our networks to assist with a smooth and affordable transition to renewable energy.”

The learnings from this trial will be shared with electricity retailers, electric vehicle manufacturers, universities, government and other electricity industry stakeholders.

The latest study from Zebra Technologies reveals that only 60% of respondents have adopted a...