IoT and its impact on trade services 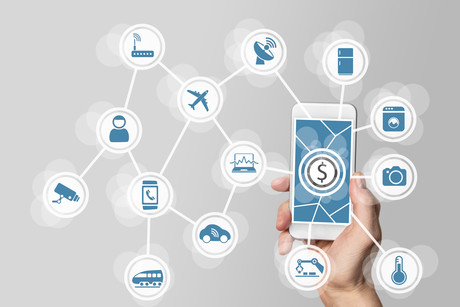 With the number of connected devices worldwide expected to jump 12% on average annually, from nearly 31 billion in 2018 to 125 billion in 2030, the Internet of Things (IoT) represents significant opportunity in the trade services market, according to IHS Markit.

The ability for equipment and data to connect and interact with one another goes far beyond allowing the human race to live like the Jetsons. The trade service industry’s IoT-laden future signals effectiveness, efficiency, profitability and all-around satisfaction for everyone involved.

As the internet and smartphones become primary necessities over paper and landlines, trade services must embrace the next phase of business evolution in order to remain relevant in the market and to appear dependable, effective and cutting-edge for the modern customer.

Though not a brand new concept, IoT has become the herald of this new chapter, facilitating unique connections with the latest job management and service technology and forever changing the way trade service facilities and professionals operate.

IoT has been defined as the concept of connecting any electronic device to the internet and to other connected devices. It works an application or service that uses information collected from sensors — or the ‘things’ — and then analyses the data from the sensor to perform a specific function.

Through IoT a giant online network is created which allows previously unrelated technology to speak to each other and combine forces to create new functions that generate new levels of convenience for the user. Many tech experts have used smart TVs or fitness watches that generate a tailored exercise plan as examples of IoT.

According to Curtis Thomson, simPRO Director, IoT projects have now moved well beyond the initial trials and high-end proof of concepts and are being actively rolled out by leading service companies and manufacturers. For these companies, however, it’s not about programming driverless cars or automatic toasters and coffee machines for the break room. Trade service companies are eager to get in on the IoT action because when their systems are all connected and talking to each other, they have the potential to improve their service delivery, considerably cut costs and deliver an improved customer experience.

“Think about the IoT in terms of field service applications,” Thomson said.

“Say, for example, you have an accelerometer fitted to the cooling tower on top of a building that could take vibration readings, log them to your database and alert you when the vibrations fall out of a range.

“Or, you have sensors in the fire detection or sprinkler systems all constantly monitoring and reporting back the current state of the equipment they are tasked to keep an eye on.

“Then, when an event occurs that falls outside of a tolerable range for that piece of equipment, a notification is raised, a job is created to investigate or an alert is sent to your customer.

“How could this impact your SLAs, or your costs, for that matter? What will your customers think about this — your ability to log, report and respond to potential defects before they even can tell something is wrong, and in between maintenance cycles?”

Thomson’s insight into the future of the trade service industry is why companies like simPRO are determined to add IoT to their repertoire. In June this year, simPRO introduced its new IoT solution that will be available to its 100,000+ users in Australia, New Zealand, the United States and the UK across 2018.

simPRO IoT takes hardware, software and data from businesses in the trade and field service industries and integrates them into one platform, allowing previously separate programs and machines to talk to each other and provide automated solutions ordinarily requiring extensive manual effort. The company has already begun working with airport lounge operator Swissport and facilities (building plant and equipment) management group Thermacell to keep guests at Luton Airport in the UK warm in winter and cool in summer.

The latest study from Zebra Technologies reveals that only 60% of respondents have adopted a...

Another arc flash injury has prompted the Electrical Safety Office (ESO) to issue an urgent...

This ultrathin organic solar cell is efficient and durable

Preparing building HVAC systems for a return to work