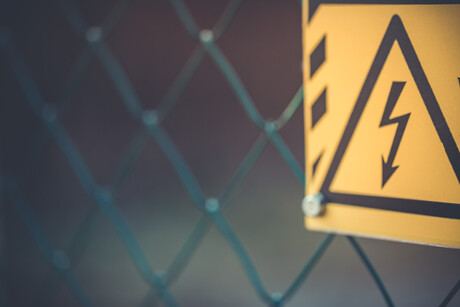 A combined penalty of $25,000 has been issued to a director and two NSW-based companies over a serious electrical shock incident in NT.

The companies were involved in operating the now closed Alice in the Territory Resort, when the incident occurred in 2019.

In February 2019, a 43-year-old worker received a serious electrical shock after accessing the resort’s mechanical services switchboard after seeing lights on the property not working. It was a regular practice by workers to access the switchboard to reset circuit breakers and gas isolators.

The switchboard, which was over 30 years old, had exposed live parts and was extremely hazardous. Despite this, the workers were not trained nor had they been provided with information on how to safely reset the switchboard.

N T Estate Pty Ltd as the owner of the property, pleaded guilty to one charge under Section 32 of the Act for failing to ensure the mechanical services switchboard was without risks to the health and safety of any person (as per Section 27(2)). N T Estate Pty Ltd was also fined $5000.

“NT WorkSafe urge businesses operating in older buildings to engage a licensed electrician to conduct a risk assessment and prepare an electrical safety report on their aged infrastructure, and implement an appropriate, replacement, maintenance and testing schedule,” he said.

“Any live parts should be identified and guarded to prevent accidental contact, and any other faults found should be repaired by the licensed electrician.

“Inspections and testing must be carried out by a competent person, which done regularly, can save lives. It helps to identify damage, wear, faults and corrosion, and regular inspection and testing will detect electrical faults and deterioration you can’t see.

“Workplaces operating in conditions that expose equipment to moisture, heat, vibration, mechanical damage, corrosive chemicals and dust should be even more diligent because those conditions are likely to damage or reduce the lifespan of equipment and infrastructure.

“Electrical infrastructure, regardless of age, should be secured, either in a locked cabinet or room to prevent unauthorised access and fitted with a residual current device (RCD), if it doesn’t already have one. Similarly, damaged or frayed electrical equipment should not be used, and repaired or replaced immediately.

“Between 2017–2021 NT WorkSafe has received 283 reports of people, including electrical workers, other workers and members of the public receiving electric shocks.

“While the majority of these electric shocks were not serious, they had the potential to be fatal and we encourage all Territorians to make electrical safety a priority,” Esteves said.

An electrician left a switchboard with no multiple earthed neutral, and failed to carry out...

WorkSafe Queensland is reminding electrical contractors about the recall issued on the Infinity...