The next decade of electric cars: a guide 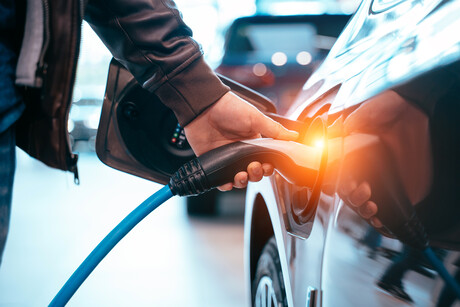 Many countries around the world are working to reduce the number of petrol and diesel cars on the road.

In the UK, for instance, buying these cars will be prohibited beyond 2030, and similar schemes have been launched by other governments. As a consequence, more consumers than ever are turning to electric cars as a viable alternative.

At the start of the 20th century, electric cars accounted for one-third of all vehicles on the road — better numbers than we’re seeing even now in the 21st century. However, the development of better road surfaces, as well as the discovery of cheap crude oil reserves in Texas, made owning and operating a petrol or diesel car significantly more appealing.

Electric cars remained largely dormant and forgotten about during the 80s, before being suddenly flung back into the public eye in the 1990s when regulatory changes were introduced to tackle the worrying levels of CO2 which traditional fuels put into the atmosphere.

Toyota introduced the hybrid car Prius to roads in 1997, making it commercially attainable on a worldwide scale. This was the first time in recent history a leading manufacturer had cornered the market like this. The Prius proved very popular with celebrities, making it an alluring option for drivers.

While they’re a household name in the world of cars today, in 2006 Tesla proposed a radical new approach to the roads. Its early success in the field served as inspiration for other manufacturers.

In 2010, the Nissan Leaf was launched. This was the first all-electric car to be commonly seen on roads across the world. It has zero emissions from its tailpipe, making it very popular with drivers with a more eco-friendly mindset.

With public opinion continuing to sway in favour of electric cars, the future is bright. Tesla is now a household name, with other leading manufacturers looking to them for guidance. It may not be too long before electric is all we see.

The benefits of driving an electric car

It’s understandable to picture roads in the future as looking much the same, only with a few more Teslas occupying lanes. In reality, there’s a good chance the entire landscape of motorways might be different.

A world where your car can be continuously charged by a special technology lying under the very road you’re driving on is a possibility. Electric cars will eventually come to dominate the road. We’ve already seen how, even in 2021, there has been a rapid rise in the number of electric cars on roads. In another couple of decades, they look set to become the norm.