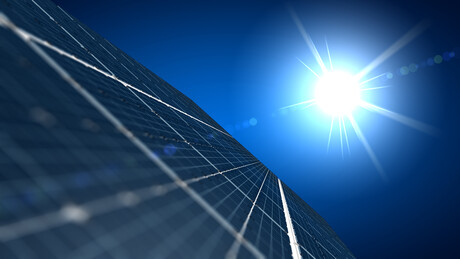 The worldwide shutdown during the COVID-19 pandemic saw a marked increase in solar power output, a new study has found.

With much of the world’s travel and commerce brought to a standstill, people around the world started noticing clearer skies as a result of lower levels of air pollution.

Now, researchers have been able to demonstrate that those clearer skies had a measurable impact on the output from solar photovoltaic panels, leading to a more than 8% increase in the power output from installations in Delhi.

The effect should apply to solar installations worldwide, but would normally be very difficult to measure against a background of natural variations in solar panel output caused by everything from clouds to dust on the panels. The extraordinary conditions triggered by the pandemic, with its sudden cessation of normal activities, combined with high-quality air-pollution data from one of the world's smoggiest cities, afforded the opportunity to harness data from an unprecedented, unplanned natural experiment.

The findings are reported in the journal Joule, in a paper by MIT professor of mechanical engineering Tonio Buonassisi, research scientist Ian Marius Peters and three others in Singapore and Germany.

The study was an extension of previous research the team has been conducting in Delhi for several years. Since he was already doing research on solar photovoltaics, Peters decided to investigate what effects the air pollution was having on solar panel output. The team had good long-term data on both solar panel output and solar insolation, gathered at the same time by monitoring stations set up adjacent to the solar installations. They saw that during the 18-day-long haze event, the performance of some types of solar panels decreased, while others stayed the same or increased slightly. That distinction proved useful in teasing apart the effects of pollution from other variables that could be at play, such as weather conditions.

Pollution levels were down by about 50% after the shutdown, the researchers found. As a result, the total output from the solar panels was increased by 8.3% in late March and by 5.9% in April, they calculated.

These deviations are much larger than the typical variations within a year or from year to year, according to Peters — in fact, they are three to four times greater.

The findings provide real data on what can happen in the future as emissions are reduced globally.

"This is the first real quantitative evaluation where you almost have a switch that you can turn on and off for air pollution, and you can see the effect," Peters said.

"You have an opportunity to baseline these models with and without air pollution."

By doing so, "it gives a glimpse into a world with significantly less air pollution". It also demonstrates that the very act of increasing the usage of solar electricity, and thus displacing fossil-fuel generation that produces air pollution, makes those panels more efficient all the time.

Though the focus was on Delhi, because the effects there are so strong and easy to detect, this effect "is true anywhere where you have some kind of air pollution. If you reduce it, it will have beneficial consequences for solar panels," Peters said.

Even so, not every claim of such effects is necessarily real, he said, and the details do matter. For example, clearer skies were also noted across much of Europe as a result of the shutdowns, and some news reports described exceptional output levels from solar farms in Germany and in the UK. But the researchers say that just turned out to be a coincidence.

"The air pollution levels in Germany and Great Britain are generally so low that most PV installations are not significantly affected by them," Peters said. After checking the data, what contributed most to those high levels of solar output this spring turned out to be just "extremely nice weather", which produced record numbers of sunlight hours.