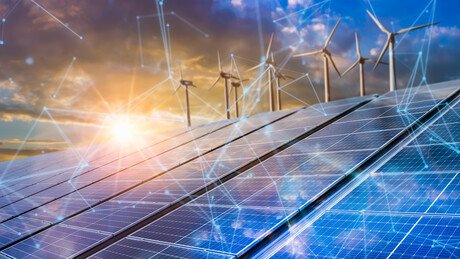 As Australia looks to design an energy grid that is fit for the future, finding the best ways to integrate renewable power sources is high on the agenda.

In July 2021, the Energy Security Board (ESB) handed final advice on the redesign of the national electricity market (NEM) to the Energy National Cabinet Reform Committee.

The overarching goal of the submission is to support an orderly transition to a modern, new Australian energy system, with a rapidly increasing growth in large- and small-scale renewable generation. One of the key reform pathways proposed by the ESB was opening the grid to cheaper large-scale renewables by reducing the costs of providing this power generation.

It also highlighted the importance of unlocking benefits for all energy consumers — including solar PV, batteries and smart appliances — by putting the necessary arrangements in place to make better use of existing rooftop solar and customer batteries.

“This isn’t just a tweak around the edges; it’s about a whole redesign of the national electricity market,” said ESB Independent Chair, Dr Kerry Schott.

“We all know reform isn’t optional. It is not something we can choose to do; it’s something we have to do to confidently embrace Australia’s energy future, while reducing the risk of price shocks and blackouts.”

How artificial intelligence can be used to ease grid pressure

Machine learning technology is being used to accurately predict wind and solar power to securely integrate them into the national electricity grid.

By improving the accuracy of five-minute ahead forecasts required by the NEM, the generation forecasting solutions developed by the Worley and Monash team can provide better forecasts to reduce the frequency of poor dispatch, thereby supporting a higher share of renewables in the market without compromising on overall grid stability.

“The energy market operates at five-minute intervals — so every five minutes there is updated information about energy being produced,” said Dr Christoph Bergmeir, from the Department of Data Science and AI at the Faculty of Information Technology (IT) at Monash University.

“The big difference between conventional power and renewables is that with fossil fuels, you can decide how much you produce. With renewables you rely on the wind and the sun. Wind and solar farms need to be in the energy market, so they need to be able to say, ‘in five minutes’ time, this is what we are going to produce and what we can sell’. If you don’t produce enough from renewables, this energy needs to be covered from other sources.

“If you have more demand than you have supply or the other way around, the network frequency gets out of the band it is supposed to be in. That makes the network unstable, and the network operator has to compensate for that. What producers then often need to do is buy power from other suppliers to meet the demand, known as ‘causer pays’. Whoever has the best forecast accuracy is therefore advantaged, because they end up paying less. And if renewable energy producers have to pay less of these costs, it makes them more competitive.”

The forecasting models that the team have developed are based on machine learning algorithms, drawing on internal supervisory control and data acquisition (SCADA) data feeds from the generators as inputs to the model. The 130.8 MW Waterloo Wind Farm in South Australia and the 11 MW Ross River Solar Farm in Queensland were chosen for the study. The overall project had a total budget of close to $1 million and demonstrated that improvements can be made to forecasting accuracy for both wind and solar generators by utilising and enhancing best-practice machine learning techniques. These forecasting models can be applied to all energy farms in Australia; however, more research is needed on the solar side.

“Our project focused on using sensors that are already onsite, measuring wind speed and wind direction by themselves. That data is readily available. Solar farms are similar, with some readings directly available,” Bergmeir said.

“These farms have an obligation to send that data to the Australian Energy Market Operator (AEMO), so that means data feeds are directly available. This worked well for wind — for solar it also worked, but for the solar I think the system would probably profit from having additional data like cloud cover detection, things like that. To get external sensors, and compare the current system to a system that has, say, a sky cam to track to cloud movement.

“I think the next step is looking at integrated solutions where you also have a battery, either onsite or directly connected in some way. The forecasting is already done for wind and solar, so incorporating an algorithm to optimise the system as to when to charge the battery would be beneficial. And looking at these integrated systems of energy storage.”

This facility will research and test new technologies such as batteries, solar panels and electric vehicles, which will form a key part of the future grid.

“As Australia moves away from large centralised fossil-fuel powered generators to a decentralised grid consisting of a vast array of distributed renewable energy assets, we need to find innovative ways to enable this vast amount of renewable energy to safely and effectively enter the electricity grid,” said ANU Vice-Chancellor, Professor Brian Schmidt.

“The Lab will provide a fail-safe power system to rapidly, efficiently and securely develop and test technologies and systems before deploying them into the live grid.”

The DER Lab was announced in 2019 with $1.5 million in funding from the ACT Government. The project to design and construct the national facility has been a partnership between ITP Renewables, UNSW Canberra, evoenergy and ANU.

Researchers from Switzerland have found that walking on wooden floorings could generate enough...

What are the two leading reasons for commercial fleet operators to go electric?

Researchers from RMIT University have developed a prototype that can double the power harvested...