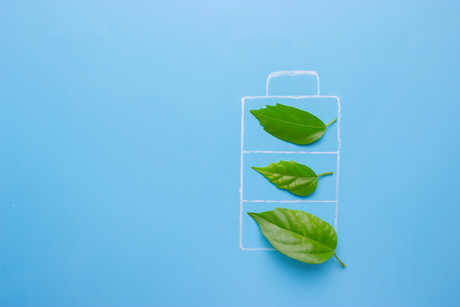 Potassium-driven rechargeable batteries could be the way of the future, according to new research from the Tokyo University of Science.

Rechargeable batteries offer an intelligent solution to the world’s growing energy demands. They are also an essential tool in systems that harvest renewable energy, such as the wind and sunlight, because these sources can fluctuate greatly with the weather. Such batteries enable storage and dispatch of the electricity that is generated via renewable energy.

Since their commercialisation, lithium-ion batteries (LIBs) have been most commonly used, simply because of their excellent performance. However, with the ensuing spike in their demand, coupled with the growing scarcity of lithium and cobalt in the Earth's crust, using LIBs may soon become a major problem.

A team of scientists at Tokyo University of Science, led by Professor Shinichi Komaba, is now focused on replacing the exhaustible element lithium with better alternatives like sodium and potassium. Sodium and potassium are in the same alkali metal group in the periodic table of elements, and their chemical natures are, therefore, quite similar. However, unlike lithium, these elements are widely abundant on Earth, and using them to develop high-performance rechargeable batteries would be a breakthrough towards creating a more sustainable society.

In 2014, Komaba and Professor M Stanley Whittingham — who won the Nobel Prize in Chemistry in 2019 — analysed the current state of development of sodium-ion batteries and published his assessments as a review. This became a highly cited study, with over 2000 citations over the past five years. Komaba and his team then explored other plausible alternatives to LIBs, potassium-ion batteries (KIBs). Their research suggests that the use of potassium in batteries is promising, because they show comparable (or even better) performance to LIBs. In addition, the materials necessary to build KIBs are all non-toxic and much more abundant than those required for LIBs.

“By studying new materials for applications in lithium, sodium, potassium-ion batteries, we wanted to develop an energy-efficient and environment-friendly technology,” Professor Komaba said.

The research group led by Komaba analysed the workings of KIBs in great detail in a comprehensive review published in Chemical Reviews. Their paper encompasses everything related to the development of KIBs, from cathode and anode materials, various electrolytes and all-solid KIBs, to electrode doping and electrolyte additives. Moreover, the review compares the different materials used in lithium, sodium and potassium-ion batteries.

“As evidenced by recent intensive research, KIBs are recognised as promising next-generation battery candidates owing to their unique characteristics, such as cost-effectiveness, high voltage and high-power operation. Further improvements to the performance of KIBs would pave the way for their practical application,” Komaba said.

However, research on certain aspects of KIBs, such as their safety, has been limited, and more insight is still needed into what happens physically and chemically between the different components and elements.

“Research on KIBs, including electrode materials, non-aqueous/solid electrolytes and additives, will provide new insights into the electrode reactions and solid ionics, opening up new strategies that would allow for the creation of next-generation batteries,” Komaba said.

His research group has also focused on supercapacitors and biofuel cells along with both LIBs and sodium-ion batteries, which could all find very important functions in a more sustainable society in the future.