Will this technology protect you from mobile phone radiation? 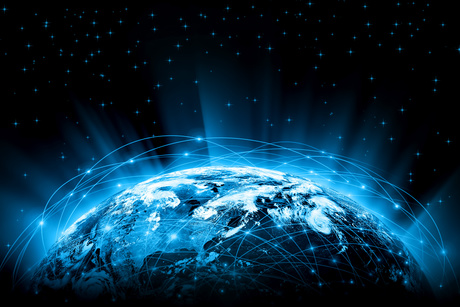 Telecommunication Development Engineer Aaron Leibovich is committed to educating the public that their fears around heavy mobile phone usage and harmful radiation are not unfounded. He has spent a year developing a wafer-thin universal adhesive chip that he claims significantly reduces radiation emitted by mobile phones and tablets.

Leibovich cites the World Health Organisation (WHO)/International Agency for Research on Cancer (IARC) 2011 findings which concluded that cell phones can ‘possibly’ cause brain cancer. These findings were the result of research conducted by a team of 31 scientists across 14 countries. Click here to view the full report.

According to Leibovich, “We are in love with our mobile phones, and maybe that’s one of the reasons we keep sweeping any idea that cell phone radiation may be creating health problems under the carpet.

“It is very difficult to advocate as people think it’s just self-interest — but we would not have set out to develop this product if we had not already done extensive scientific research,” he said.

The problem, he said, is that it will take a couple of decades of exposure to see what damage has been done, and by then it will be too late. Children are at greater risk of significant radiation into their brains as they have thinner skulls so penetration is deeper, according to research by American doctor Devra Lee Davis, founder and president of the Environmental Health Trust.

“Israel and Japan require all mobile phones and mobile phone advertisements to include health hazard warnings, with Dubai and Malaysia set to follow," Leibovich said.

“Telstra customers recently received a text offering more information on electromagnetic energy (EME) and health, directing customers to their website and encouraging them to pick up an in-store brochure. Even manufacturers advise in their user manuals to keep the phone a distance of not less than 1.5 cm from the body.

“Sure, it may be in the fine print — but the warning is there.

“At the very least, consumers have the right to be made fully aware of the potential dangers of mobile phone radiation. This shouldn’t be buried in the fine print of user manuals and telco disclaimers,” Leibovich said.

The Radi-Chip has been scientifically tested by accredited laboratories in Australia and has been proven to significantly reduce radiation to the brain and body, and Leibovich would ultimately like to see all telco companies sell the products as standard accessories with their mobile phones.