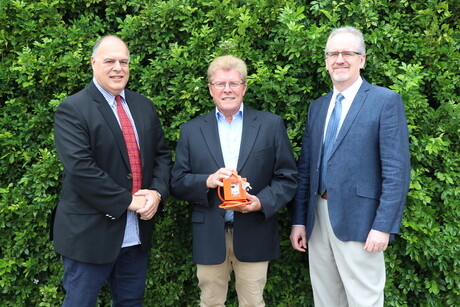 The technology has been fully tested by a NATA-approved testing agency and is compliant to Australian Standards. WWEST says it is a world first and is ready to be integrated into commercial and consumer electrical products, mitigating the electrical safety risk and preventing injury and potential loss of thousands of lives.

RCDs were developed some 45 years ago and are globally recognised as an important form of electrical protection. As huge as that advance was, an RCD is dependent on the effective functioning of other elements in order to offer protection, including the earthing system itself.

Associate Professor Trevor Blackburn (retired of UNSW) said that up to 90% of electrical fault conditions are earth-related.

“Many of these earth-related issues are beyond our control and not easily remedied, such as dealing with difficult soil types such as sandy or hard rocky soil types or corrosion-impacted connections etc. Electrical protection within an earthed environment is often problematic,” he said.

In late 2020, WWEST announced the release of the Class II RCD, the RCD Ultra-safe. The company says the technology will advance electrical safety to the next level and represents the most significant breakthrough since the introduction of the RCD itself.

“The RCD Ultra-safe device changes the functionality of a traditional RCD and provides an unprecedented level of safety to electrical applications. The RVT-VMD when coupled with an RCD enables it to work in all earthed and, importantly, unearthed systems, creating a world-first Class II Rated RCD,” said Wayne Callen, WWEST co-founder and director.

Breaking with convention, the RCD Ultra-safe utilises a ‘functional earth’, meaning that downstream equipment has no connection to the ‘mass of earth’. This change delivers significant safety benefits:

Modern insulation testers are designed to ensure a non-lethal output, but no-one should be...

Fire issues become paramount to cablers if they route cabling through building elements that are...

Are you prepared for AS/NZS 61439 switchboard standards? Don't be left behind.

Optus $200K grant to be split among five Aussie innovators

Calcium electrolyte could be used for batteries