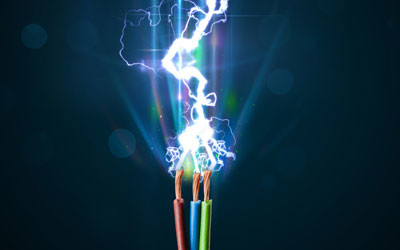 In a world dominated by alternating current, it seems direct current has virtually disappeared from use. But a revived interest in energy-saving methods poses an interesting question: is DC still a worthy player? John Young weighs up the pros and cons.

If Thomas Edison were to experience electricity today, we think he’d be feeling rather smug. Despite being beaten down by Tesla, Westinghouse and other AC advocates, many are now considering whether Edison might have been right in the first place — is DC actually the better option?

War of the currents

Considering that computer systems, telecommunications and data storage systems are already using DC, in an age where we are constantly looking at ways to become more energy efficient, it might be surprising to know that the power supplied by the grid is AC.

The ability of AC power to control its current using magnetism to make the currents go forward and reverse in alternating motions makes it the more reliable power option, despite it not being able to produce voltage levels as high as those of DC. However, the alternating current loses more than 10% of valuable electrical energy when the current needs to be converted from AC to DC — and vice versa.

The rise of DC

Although a complete switch from alternating current to direct current is highly unlikely, there are areas where direct current provides a distinct advantage. Financially, DC power applications are cheaper to install, operate and maintain than AC alternatives. In addition, there is no need to adapt capacity to account for phase balancing or harmonics, as they are not a factor with DC power.

High-voltage DC is a much more efficient method of transmitting electricity over long distances, not least because the amount of energy lost during transmission is significantly reduced. DC also requires fewer components — so there is less that can go wrong, making it more reliable. The infrastructure of DC is also smaller, requiring a reduced footprint in comparison to traditional overhead pylons while offering huge space-saving opportunities.

One of DC’s greatest advantages is its suitability for transmitting renewable energy powered by resources such as wind, solar and water, as their sources are often located long distances away from highly populated areas. Unlike AC, a direct current doesn’t undergo switching and the current flows in a single direction with a steady voltage.

However, DC can lose power as heat; a trait that Edison used to power the first light bulb. But, despite its disadvantages, the generation of semiconductors has paved the way for its return.

While a DC current system requires fewer components compared to an AC system, meaning there are fewer pieces that can fail, this does not eliminate risk completely. No matter which current a manufacturer prefers, making sure its required components run efficiently is vital to ensuring a reliable power supply. A relationship with an equipment supplier such as EU Automation, which can provide new, used and obsolete parts without the need for extensive downtime, is crucial to extending a system’s life cycle.

The internet, computers, smartphones and tablets are such an intrinsic part of our lives and all rely on DC. Now, the data heavy platforms like Google and Facebook are using entire buildings to house servers that store data for their users, all running on DC.