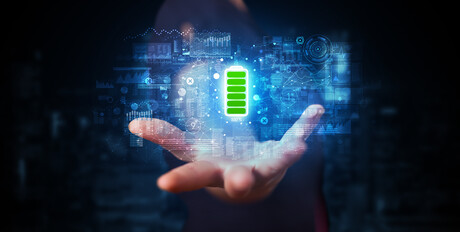 A safe, cheap and sustainable method of storing energy has been developed by researchers.

The technology, which was developed at the Laboratory of Organic Electronics, Linköping University, is based on two major breakthroughs: the manufacture of wood-based electrodes in rolled form and a new type of water-based electrolyte.

The result has been published in the scientific journal Advanced Energy and Sustainability Research. The technology has been patented and is to be commercialised by Norrköping-based spin-off company Ligna Energy AB, which received the award for best ‘Start-up for Climate’ during the recent COP26 meeting in Glasgow.

An increasing share of renewable energy in the energy mix and increasing consumption of electricity in society are causing major challenges for balancing power supply networks. In principle, electricity is consumed at the instant of its production, and there are currently limited options for storing large amounts of electricity. The problem is particularly acute during cold periods, when the demand for electricity is highest. Imbalance in the grid can cause serious power outages.

Professor Xavier Crispin and his colleagues at the Laboratory of Organic Electronics, Linköping University, have developed a concept for large-scale energy storage that is safe, cheap and sustainable. The potential power output is sufficiently high for the technology to maintain power balance in the electricity supply.

“Our results allow for safe, environmentally sustainable organic energy storage with high power density, 5 kW/kg, where the electrodes are manufactured from wood-based material in a printing press. We must, however, increase the energy density: our organic batteries are better than normal supercapacitors and have about the same performance as lead-acid batteries. But lithium-ion batteries are better,” Crispin said.

Previous attempts to develop a sustainable system for energy storage based on cheap organic and water-based electrolytes with carbon-based electrodes have all had problems with rapid self-discharge: it has been difficult to achieve more than one day.

The results presented in the article are based on two breakthroughs: a new type of water-based electrolyte and electrodes made from lignin, which is a readily available, cheap by-product from the manufacture of paper. The researchers have developed a polyelectrolyte that consists of a highly concentrated water-based polymer, potassium polyacrylate, together with biopolymer lignin (as positive electrode) and polyimide mixed with conductive carbon (as negative electrode).

“The voltage drop, which measures the self-discharge, is less than 0.5 V in 100 hours, which is a world record for energy storage with organic electrodes in water-based electrolytes,” Crispin said.

Electric-power systems are particularly vulnerable to natural stressors such as wildfires, severe...

Grid-scale batteries equipped with advanced inverters to support the grid have received $100...