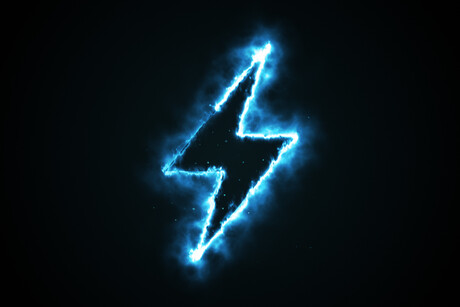 Modern insulation testers are designed to ensure a non-lethal output, but no-one should be tempted to verify this statement by ‘testing’ either themselves or someone else. People vary enormously in susceptibility to electric shock, so non-lethal operation can never be absolutely guaranteed.

It is also essential to understand that things are different in a real-world test situation. During an insulation test the tester charges up the insulation of the device or cable that is under test. The output from the tester alone may be insufficient to cause serious injury or death, but the stored charge can easily deliver a fatal electric shock.

The device or cable can also hold charge for a considerable time after testing and disconnection from the test set. In fact, the better the insulation, the longer it will retain the charge and the greater the shock hazard. With the test object out of service and disconnected from the test set, there is absolutely no visual or other indication that it is carrying a dangerous charge.

The solution is to discharge the object immediately after testing. This is necessary from a safety point of view and also because a test performed on a charged device can give misleading results. This following extract from the IEEE43 standard - Recommended Practice for Testing Insulation Resistance of Electric Ma­chinery illustrates the point.

"Before any testing is conducted, the winding insulation must be discharged. It is not safe to begin testing before the discharge current is zero and there is no discernible return voltage (less than approximately 20 V) after the ground is removed. After completion of the test, the winding should be discharged through a suitable resistor, sized to limit the instantaneous current to 1 A. A minimum discharge time, which is equal to four times the voltage application duration, is recommended."

This standard refers specifically to transformer testing, but the same general comments apply to all forms of insulation testing.

Many modern insulation testers have an automatic discharge feature that discharges the insulation at the end of the test, while simultaneously showing the residual voltage on the instrument display. While it is a very useful feature, there are practical points to consider.

Since failure to discharge the device or cable under test after an insulation test can give rise to serious safety issues and disrupt further testing, some engineers and technicians prefer to use an external discharge device to supplement that automatic discharge function of the insulation test set. This is good practice provided that the discharge device is safely constructed and has an adequate rating.

It’s worth noting that stored charge after an insulation test isn’t always a nuisance. A dielectric discharge test monitors the current while the insulation is being discharged and can provide very useful information about the condition of the insulation.

Insulation testing is one of the most commonly employed techniques for assessing the condition of cables and electrical equipment of all types. Correctly performed, it’s a testing technique that’s both useful and safe. However, it’s important to be aware of potential hazards and the dangers associated with stored charge.

The importance of testing and tagging

It is in the interests of both businesses and homeowners to ensure that all electrical systems,...

Researchers are analysing new materials for use in electrical insulation, with the capacity to...