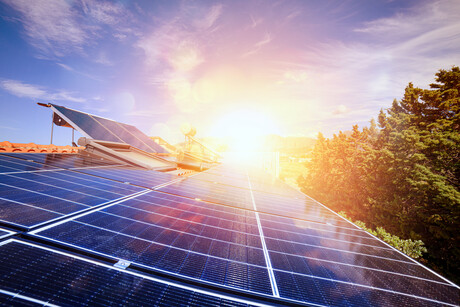 Australian renewable energy company Zero Emissions Developments (ZED) has announced it has developed the technology to build longer-lasting and more efficient and affordable solar and electric vehicle (EV) batteries. Now the company is seeking $30 million in private investment to build a manufacturing plant that will produce PowerCap batteries in South-East Queensland, through the entity PowerCap Un Ltd.

Unlike lithium-ion batteries, which are made entirely from mined components, PowerCap batteries utilise recycled waste converted to graphitic carbon to create their anodes. The company will use the waste garnered from its own recycling plant in Bowen, Qld, to create the graphene-like substance. At the end of its life the PowerCap battery is claimed to be 100% recyclable, unlike traditional lithium-ion batteries.

By using a recyclable graphitic carbon, the battery behaves like a non-faradaic supercapacitor, which the company says lasts twice as long. PowerCap batteries are a hybrid of faradaic and non-faradaic (electro-chemical and electro-static) interactions, known as pseudocapacitors. The electro-chemical architecture is provided by metal oxides and the electro-static is provided by a doped graphitic carbon chemical architecture. This asymmetrical architecture allows a greater and more responsive cycling life (circa 20,000 cycles before it goes below 80% of the original capacity), with improved charging and discharging properties.

According to ZED, the PowerCap Metal-Oxide-Graphitic Pseudocapacitor Battery will last two to three times longer than standard lithium-Ion batteries. PowerCap Un Ltd. Principal Engineer and CEO Ahmed El Safty and his team of postdoctorate researchers and engineers have been developing the PowerCap technology for more than a decade.

“We know this technology is going to help advance our ability to rely on solar energy and manufacture electric vehicles. By building the batteries here in Australia, we’re able to control the quality of the batteries we produce and create jobs for Australians at the same time,” El Safty said.

Further investment will be sought via IPO late in 2022. The company plans to list on the ASX in 2023.