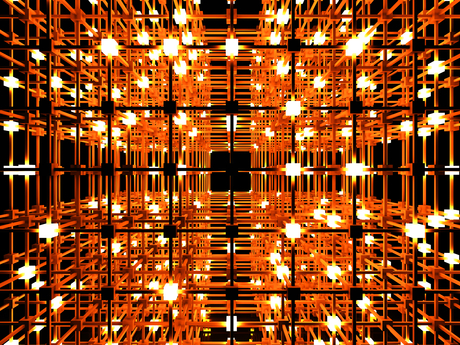 The key challenges stemmed from the age and condition of the Locomotive Workshop, the old building management system (BMS) and the widely varying uses of the 16 bays. Nevertheless, the building was a historic showpiece that could not be architecturally altered. It constitutes more than half of the total area of the entire Technology Park and serves as a source of point of pride for high-tech development, and public exhibitions. After an older convention centre in Sydney was demolished, a number of conventions also moved to the bays.

Achieving energy savings in this dominant structure was a prerequisite for pursuing savings in the rest of the ATP.

There were only two main utility meters for the entire building. Some bays were dedicated (in whole or in part) to offices and other bays were primarily left open for scheduled events. The variability of the event space made establishment of baseload energy consumption extremely difficult. Various techniques were needed to separate the relatively predictable energy requirements of dedicated office space from event space, where occupancy could fluctuate rapidly and where prediction of energy consumption was a much shorter term proposition.

The BMS was at least 20 years old and connecting it to the BuildingIQ system a major challenge.

The project kicked off in January 2014, and the BuildingIQ team started the onboarding process through a comprehensive “managed services approach” to address the challenges posed by the Locomotive Workshop. The first task was to engage the dated BMS system. Several months were needed to open the protocols and gain the level of connectivity required for the BMS to send the appropriate data to BuildingIQ in real time, and to respond efficiently to PEO signals being sent through the cloud.

At the same time, the BuildingIQ team worked with the submeters in the building, as well as the advance planning event calendar, to separate the energy consumption patterns of the office space from the event space. This allowed the establishment of a reasonable baseline against which energy savings could be calculated. Greater precision in measuring the parameters of event energy requirements helped with the predictive requirements of the BuildingIQ software.

The next major step was to move into the learning mode of the BuildingIQ platform, where the system learns the thermodynamic behaviour of the building under different external conditions and internal uses. The two-month learning process, which was undertaken before the PEO software took active, 24/7 control of the HVAC system, was carried out in September–October 2014. Active control began in November. Managed services for HVAC operations continues the learning process indefinitely, such that the optimisation process becomes more astute and increasingly effective. Typically, energy efficiency savings continue to grow, generating greater cash flow for the customer.

The outcome of BuildingIQ’s installation at the Locomotive Workshop has been quite favourable. Total HVAC energy savings for the first eight months of operation were 153,000 kWh, amounting to an aggregate reduction in energy consumption of 12% compared to the baseline. The system has more than paid for itself. The total savings for the eight months (November 2014 to June 2015) are about $30,000. For the ATP, this means its savings are roughly twice the cost of the service. Over time, this ratio is likely to climb.

The FIMER PowerUNO, PowerTRIO and PowerX inverter and storage platforms are designed to help...

The ABB Terra 360 all-in-one electric vehicle charger is a modular charger which can...

The SolarEdge Synergy Inverters are three-phase commercial inverters designed for for rooftop,...