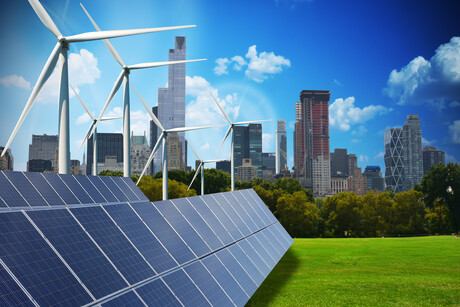 The economic downturn triggered by the global COVID-19 pandemic could have negative consequences for long-term investment in clean energy.

A new Yale-led study has found that although in the short term the pandemic has seen a decrease in global emissions, a weaker economy could see future spending on renewable energy cut by a substantial amount.

Under a worst-case (but realistic) scenario, the researchers predict an additional 2500 million tonnes of carbon dioxide could be emitted, causing 40 more deaths per month, through 2035.

“This global crisis will certainly defer investments in clean energy,” said Kenneth Gillingham, an associate professor of environmental and energy economics at the Yale School of Forestry & Environmental Studies (F&ES) and lead author of the paper.

“Depending on how policymakers respond, the consequences for human health from this deferred investment could far exceed the short-term environmental benefits that we have seen so far.”

Those short-term benefits have been substantial. Consumption for jet fuel and gasoline, for example, declined by 50% and 30%, respectively, from early March to 7 June, while electricity demand fell by 10%. These impacts saved an estimated 200 lives per month since the lockdowns began.

However, there has also been another, subtler outcome: most investment in clean energy technologies has come to a halt.

“Overall clean energy jobs dropped by almost 600,000 by the end of April, as investments in energy efficiency and renewable generation have plummeted,” said Marten Ovaere, a postdoctoral researcher at F&ES and co-author of the paper.

“If that were to continue it could significantly set back the push toward a clean energy future.”

The paper, published in the journal Joule, was co-authored by researchers at MIT Sloan School of Management and Northwestern University.

Drawing on evidence from previous economic shocks, the researchers examine two possible long-term scenarios in the US. In the best-case scenario — in which the threat subsides relatively quickly, the worst projections of human fatalities are avoided and the economy rebounds — they say there should be few long-term implications. Most demands for products and services, they predict, will be deferred rather than destroyed. While record declines in emissions would be temporary, investments in new energy solutions would likely reach pre-pandemic levels.

If there is a persistent, long-term recession, however, the impacts on energy innovation would be significant. While energy use related to travel might remain lower, home energy consumption would increase and commercial building use would stay largely unchanged, particularly if office spaces are used in a similar way (even if more American workers decide to work from home). Also, if the public becomes cautious about using public transportation, many commuters will simply decide to drive instead.

The greater impact, however, would be on the energy innovation sector, the study suggests. Investment in low-carbon technologies would dry up, the transition to cleaner vehicle fleets would be disrupted, and cash-strapped automakers would abandon new vehicle and energy efficiency technologies.

“For example, there has been a huge amount of investment going into electric vehicles,” said Gillingham.

“But if companies are just trying to survive, it’s much less likely that they can make large investments towards new technologies for the next generation because they don’t even know if they’re going to make it to the next generation.”

In addition, tighter state and local budgets over the next few years will likely deflate much of the investment in clean energy options.

Even if green energy investments stall for just a single year, the authors calculate, it would outweigh any emissions reductions that occurred from March to June.

However, while the uncertainty of this crisis poses potentially enormous threats, it also presents an opportunity, Gillingham said. If federal governments produce large stimulus packages to strengthen the economy, even modest investments in clean energy technologies would pay long-term dividends.

“Including a green component in those stimulus packages would be an investment in the future, but it also has short-term benefits,” he said.

“We looked back at analyses of the clean energy investments that were part of the American Recovery and Reinvestment Act of 2009 — which promoted new energy infrastructure, smart meters and other new technologies — and it made a big difference.

“So it really is very much in the hands of policymakers whether green energy is held back or accelerated by this crisis.”