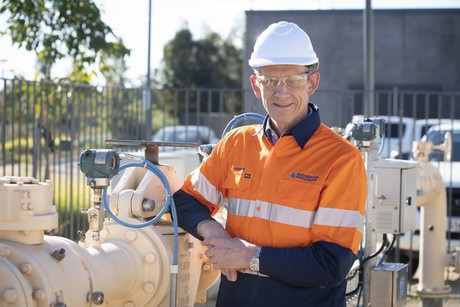 Funding of $1.28 million will be provided by the Australian Renewable Energy Agency (ARENA) for the new Australian Hydrogen Centre (AHC).

Australian Gas Networks (AGN) will use the funding to establish a facility that will explore the feasibility of blending hydrogen into natural gas networks.

This could include injecting up to 10% renewable hydrogen into the gas distribution network of selected regional towns in South Australia and Victoria. Building on the feasibility studies for regional towns, the AHC will also look to develop a pathway to make the transition to 100% hydrogen networks.

In addition, it will publish knowledge-sharing reports to externalise key insights and data from the operations of AGN’s flagship project, Hydrogen Park South Australia (HyP SA).

HyP SA will be operational by mid-2020 — Australia’s largest renewable hydrogen production facility — with 710 households in Mitchell Park to receive a blended 5% renewable gas, containing natural gas and hydrogen. The ARENA grant will cover approximately 31% of the total estimated cost of $4.15 million to complete the work program of the AHC by January 2022.

Energy Networks Australia has welcomed the announcement of additional funding for hydrogen projects. CEO Andrew Dillon said the broad support of the AHC reinforced the role of energy networks in enabling a sustainable energy future.

“Hydrogen will play an important role in the energy transition as we adopt new technologies such as renewable generation to reduce emissions from the energy sector,” he said.

“The AHC will deliver a practical pathway for blending hydrogen into networks and will directly contribute to the delivery of the National Hydrogen Strategy.

“Hydrogen technology is already being embraced around the world for domestic and commercial use in gas networks and to fuel passenger and freight trains.”

The update to Gas Vision 2050, released by Energy Networks Australia and the APGA, showed that over $180 million of funding had been committed for hydrogen infrastructure projects.

There is a global focus on hydrogen as the way forward with 19 separate hydrogen roadmaps underway or completed around the world, including Australia.

“AGN, as part of Australia’s broader energy industry, has commenced the new decade with a strategy that aims to deliver substantial, measurable and world-leading outcomes in minimising the current and future carbon footprint across the whole of our national gas distribution business,” said AGN’s CEO, Ben Wilson.

“This public licence also requires total transparency so the studies will provide guidance as to both the best solution to deliver renewable gas into our networks while ensuring full engagement with all stakeholders and consumers about this step-change in Australian energy delivery.”

The AHC has also received funding support from SA’s Department for Energy and Mining and Victoria’s Department of Environment, Land, Water and Planning. Other AHC Founding Members include gas and energy infrastructure business AusNet Services and leading renewable energy companies ENGIE and Neoen.