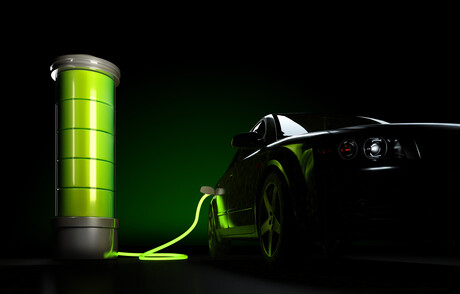 A new study from Kyushu University suggests that a fast transition to electric vehicles may not be the best option.

Instead, it proposes that keeping and using existing fuel-efficient cars a little longer can actually reduce CO2 emissions significantly more than an accelerated transition to electric vehicles.

“The faster you replace a car, the more CO2 it emits. It’s no different with electric cars, because when the demand for new cars increases, it shoots up manufacturing emissions,” said Shigemi Kagawa, professor of Kyushu University’s Faculty of Economics and leader of the study.

Car replacement is especially rapid in Japan, where people enjoy longevity but cars do not. The average life expectancy of a car, from its birth in a factory to its end in a scrapyard, is around 13 years. Moreover, the average length of ownership of a new car by its first owner is seven years.

These trends are largely attributed to the island nation's mass-production, mass-consumption economy and its costly vehicle inspection system. While these might help to get more fuel-efficient vehicles on the road, Kagawa explains that we need to diligently look at the supply chain to maximise carbon reductions.

“The carbon footprint of a car goes far beyond just the fuel it uses. To produce alternative fuel cars intended to reduce emissions from driving, you need iron, nuts and bolts for construction, factories for assembly and mega-containerships for transport. All these points in the supply chain produce CO2.”

Of the about 9% of Japan’s total greenhouse gas emissions attributed to cars, about 40% is due to gasoline combustion from driving new cars and 24% due to their manufacturing.

“Our hypothesis is that driving current internal combustion engine vehicles a little longer during the transition to green vehicles is a viable strategy to help the environment,” Kagawa said.

Using economic statistics, Kagawa’s group conducted a case study of newly registered and used cars in Japan between 1990 and 2016. The group modelled how replacement behaviour of car owners affects their carbon footprint.

Their modelling shows that, if cars had been kept on the road 10% longer before being scrapped, the cumulative carbon footprint from cars would have decreased by 30.7 million tonnes, or 1%, during this period.

This is because the decrease in manufacturing emissions more than offsets additional emissions produced by existing cars.

Moreover, the study finds a similar 1% decrease in carbon footprint would be realised if owners of new cars had used their cars 10% longer.

“What this means is that we can reduce CO2 emissions just by keeping and driving cars longer,” Kagawa said.

“Moreover, if the car we keep is relatively new and fuel-efficient, the effect is greater. So the next time you are thinking of getting a new car, perhaps consider if your current car has a few more kilometres left in it.”