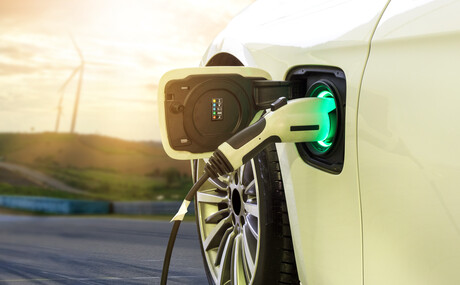 What are the two leading reasons for commercial fleet operators to go electric?

According to a study by GreenBiz and UPS, the two most common reasons are sustainability and total cost of ownership.

We see those play out in the business cases and ultimate results of our clients time and again. What we’ve also seen is an emerging third motivator that is not only available to commercial fleet operators, but also to retail and commercial businesses — and that’s new revenue streams opened up by selling electric vehicle charging station capacity.

Across Australia, we have only just over 3000 public charging stations. While the lack of installed charging stations has been a barrier to electric vehicle adoption, recent state government support and private sector initiatives will result in an acceleration of the rollout of charging infrastructure There are too many critical social, economic and environmental drivers for it to go away. There is still significant potential for more charging infrastructure, with the growing need, presenting a compelling business case for charging stations as a new revenue stream.

A real-life example from Germany

ABB partnered with Münchner Taxi Zentrum (mtz) in Germany to look at energy savings and new commercial models for small to medium-sized enterprises. That work pointed to a clear opportunity for leveraging the ‘latent energy’ of charging infrastructure as a new source of business value. The analysis looked at the performance of MTZ’s 10 Jaguar iPace taxis and five ABB 50 kW Terra 54 DC fast-charging stations. We found that, during a single 24-hour period, there were up to 20 hours where the charging facilities were not used. Because their pricing was based on the peak, there was no penalty as long as the company operated under that peak for the remaining 20 hours. In other words, there was a total additional load capacity of more than 4000 kW hours over a 24-hour period that could be on-sold at no additional cost.

We know that businesses will achieve a quality return on investment (ROI) in a reasonable timeframe from making the shift to electric vehicles. What we want to encourage is for businesses to explore how they can compress that ROI pay-off by turning their charging stations into a revenue opportunity based on unused capacity. For example, MTZ had 10 electric taxis using five chargers with two peak charging periods before the morning and evening rush hours. Outside of those hours, they were sitting on an untapped resource.

Selling spare charging station capacity as a service itself offers a range of applications. For example, you may be able to serve consumers wanting a convenient place to charge their car, or co-share with other enterprises also making the leap to an electric fleet. Selling capacity requires modest set-up costs in processes and technologies — such as digital tracking to measure customer use and monitor your energy profile. The key is to ensure you operate beneath your maximum peak and monitor tariff structures.

Our advice is to remember that not all sites are the same. What works on one site may not work at another due to factors such as the amount of power running past or the distribution set-up in the building. For organisations forming their business case, we recommend commissioning a load study first and then analysing that against a power study on your building. From there, as a supplier of chargers, ABB’s approach is to work with the installer and engineer to determine the most effective solution for a given organisation’s goals — and doing that based on future requirements as well as current.

Front and centre is the ability to adapt to changing conditions. For example, charging during the middle of summer will have different peak periods because of the use of other assets, like air conditioning. A system needs to be able to adapt to seasonality. Then there is the ability to adapt to changing business drivers. For example, some providers won’t always want to bill for charging, like retail shops that use a ‘first 20 minutes free’ offer to attract shoppers to their centre. And in all contexts, there can be different approaches to billing, whether based on time or energy used. The key is to appropriately limit the time someone is on the charger while giving them maximum range from the time they have. These are some of the considerations we focus on.

Build for the future

In addition to those immediate considerations, a major priority is installing charger technology that can be upgraded. We now have some modular solutions that start at 90 kW and can be upgraded over time as long as the distribution system can also be upgraded to support it. For a business looking at how they can attract revenue from charging, their next question should be how it can grow capacity as the revenue stream grows. Rather than digging up roadway and running more cables, the ideal is a modular distribution system supported by an upgradeable charger (and a charger geared for multiple battery types) so that both can cater for future demand.

Together with the lack of charging infrastructure in Australia, and a growing number of electric vehicles, charging services present a strong business opportunity. With considered pricing, it is an opportunity to create a new revenue stream that is likely to support businesses until they have reached their own ROI goals — and likely before charging infrastructure is commonplace. To us, unused capacity is an unrealised opportunity for new and ongoing value.

Researchers from Switzerland have found that walking on wooden floorings could generate enough...

As Australia looks to design an energy grid that is fit for the future, finding the best ways to...

Researchers from RMIT University have developed a prototype that can double the power harvested...