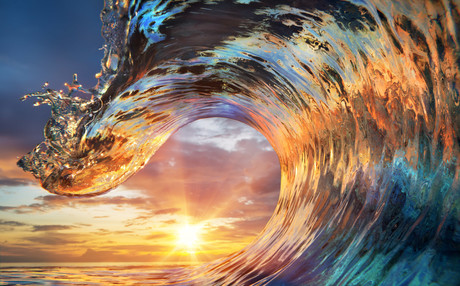 Standards Australia has been working with international partners to support the journey to decarbonisation. This year, it joined the international conversation on renewable ocean energy.

Water covers 70% of Earth’s surface but currently remains underutilised as a source of energy. There could be major benefits to the Australian economy, communities and energy sectors from investing in ocean energy initiatives, such as harnessing available wave and tidal resources.

The first step has been taken, with Standards Australia setting up a committee to discuss the implications and standardisation of this energy source. The global appeal to address climate change is driving major growth in renewable sources of power generation, and it is undeniable that water is one the world’s most valuable and attainable resources.

Standards will play an important role in moving forward with this initiative. While the journey into ocean energy is just beginning, Standards Australia will continue to provide important updates in other areas in support of renewable energies and smart cities.

The road to smart cities

Standards Australia has this year launched the ‘Artificial Intelligence Standards Roadmap: Making Australia’s Voice Heard’. The roadmap provides recommendations to ensure Australia can support AI and its future across the globe. A stable foundation is important in allowing innovative projects and enhancements like this to grow and evolve.

There are many intricate pieces to the development of a smart city, and artificial intelligence is a key piece in the puzzle. While the future of autonomous AI seems quite some time away, the reality is that we are already in the midst of it, and Standards Australia intends to be a leading voice in supporting its ongoing development and use.

Over the last three years, some of the world’s most advanced economies have announced over AU$86 billion in focused AI programs and activities. In response to this, Australia, along with the United States, UK, China, Germany and others, has identified AI standards and policy frameworks as national priorities.

The roadmap was developed with participants in consultation forums, as well as stakeholders who made formal written submissions. These consultations highlighted the opportunity that exists to turn salient concerns into opportunities to develop ‘responsible AI’, by tackling specific areas such as privacy, inclusion, safety and security, programming bias and getting the policy and regulatory balance right.

This growth in AI, and the investment underpinning it, has the potential to transform the lives of Australians and is an essential building block to supporting smart cities. Developing standards to support this growth will shape the responsible design, deployment and evolution of these new technologies.

Smart cities are the ultimate goal for tech solutions and city management. Collecting data and managing services, transport and energy in the most efficient way are key to supporting sustainable opportunities. Standards Australia intends to be a key player in supporting a solid foundation for these initiatives, renewables and smart cities, to continue to grow and evolve across Australia and the wider world.

Photovoltaic and solar thermal systems are not generally thought of as aesthetically pleasing. A...