Can the grid handle renewable energy? 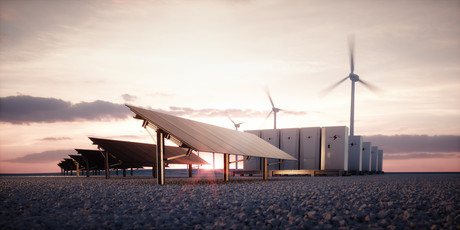 A lack of transparency and consistency in Australia’s grid connection process is negatively impacting renewable power project outcomes, according to an Aurecon grid connection report.

The co-authored report — developed for Australia’s clean energy peak body, the Clean Energy Council — highlights that there are currently more than 50 GW of proposed renewable generation projects looking to connect across the National Electricity Market. Not only that, but the number of grid connection applications each year is likely to keep increasing exponentially.

The report suggests that the main issue for the electricity grid queue is that Australia’s aged transmission lines are limited in their ability to accept electricity supply from regions where renewable generation projects are being built.

Australia’s electricity grid consists of more than 850,000 km of distribution grid and 45,000 km of transmission grid in operation across the country — one of the longest interconnected electricity markets in the world. When the electricity grid was first developed, the high-capacity transmission lines were designed to service large-scale centralised electricity generation from fossil fuels. However, in contemporary times, wind and solar projects are being built where there is an abundance of natural resources, and they are not the same areas as traditional fossil fuel supply.

The existing transmission lines in these ‘new’ regions were never designed to transport bulk electricity from large-scale renewables projects. This has resulted in a complex process for any new generation that seeks to connect to the network, particularly in areas where the grid has low system strength. 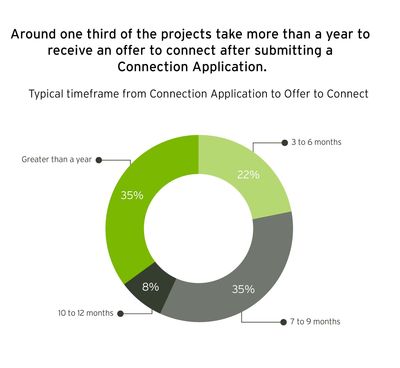 What could the future look like if we acted now?

Australia could potentially be 100% powered by renewable energy supply. It could also store power and even export clean energy overseas. The ABC News reported that on 7 November 2019, for the first time ever in Australia, renewable energy supplied more than 50% of Australia’s national electricity market. If this percentage is to be increased, there are some hurdles to be overcome.

In theory, the Australian Energy Market Operator five-step process to connecting into the grid is straightforward, but applications become stuck in the system when the transmission capability is not enough to accommodate the renewable energy being generated. There is also no guarantee of how much supply can be accepted in the future.

If rules change, what could that mean?

Every single renewable generation application is unique because of the geographical point at which the project developer is trying to connect into the network. Each connection application requires power system modelling that replicates the as-built scenario and predicts the impact that the new connection will have on the electricity grid. With different levels of system strength and thermal capacity, the boundaries for operation are often complex and unclear. One recommendation from Aurecon’s report is to provide the market with greater access to network data, improving transparency and allowing developers to better understand their risk profile at the point of connection.

In October 2019, the Australian Energy Market Commission introduced a new rule with the aim of improving publicly available information regarding new grid-scale generation project applications. What does this mean for developers wanting to connect into the grid?

More information will have to be shared about enquiries or applications with the Australian Energy Market Commission for grid connections in different geographic locations. In theory, the market can be more informed around who is trying to connect at which points, and where there might be curtailment or constraints on the network.

Connections are about compliance and, from a developer’s perspective, capex and delivery timing risk. Any Australian Energy Market Commission information rule changes give a new class of participants the ability to commence project feasibility studies with more information than they’ve had in the past.

The energy network is changing whether we like it or not

Aurecon’s report recommendations are intended as a starting point for the industry, to promote dialogue between all participants in the market and encourage debate about how best to tackle the various nuances within the grid connection process.

Why is it important to get this process right? Fundamentally, it is about energy customers and the need for safe, sustainable, reliable and affordable energy.

There is likely to be incremental growth in the number of renewables projects connecting to the grid as Australia transitions to a low-carbon future and reduces its reliance on fossil fuels.

Grid connection may only be one piece of a large puzzle, but the flow-on effects of this complex process need to be considered. If the process is difficult, time-intensive and costly, this will ultimately lead to increased costs for developers, and consequently an increase in levelised cost, with the ultimate flow-on effect to higher energy prices.

The energy network is changing, and the market is moving towards cheaper renewable energy. But this is only going to be achievable if developers are enabled to deliver cost-effective projects, with confidence from investors. Streamlining the grid connection process is one of the many opportunities that we have as an industry to support the Australian energy network through this evolution, which is why it is so important to engage, collaborate and invest time in getting this process right.