Australia's EV boom: what is driving its success? 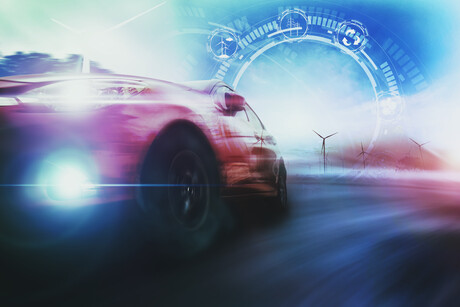 Over recent years Australia has fallen behind on the adoption of electrification compared to other countries.

Both from a political and general public perspective, the thinking has been that EVs are not adopted in Australia because of range limitation and the long distances people are often required to traverse.

However, the opposite is true — Australia is well suited to EVs, not only because its renewable energy capacity (mainly solar) is growing at a fast pace (with the ability to provide a cheap and easily deployable recharging network) but also because, in many situations, EVs make a lot of sense in major Australian industries.

For example, EVs such as utes or trucks for the mining industry are not only safer, especially in underground conditions, but also much cheaper to maintain — with significantly fewer mechanical parts subject to wearing in harsh conditions. Many mines in Australia are remote and already have plans for microgrids and operating their own renewable energy plant and storage batteries for their needs. In this particular scenario, using EVs makes absolute sense, and forestry or farming equipment fall in the same category. So, it is no surprise that electrification start-up companies are growing, with the need for specialised vehicles in mining (SafeScape), farming, construction and forestry (DC Equipment) and even aviation (MagniX).

So, what is it about Australia that has led to this boom?

One example of an Australian business making waves in the EV industry is Lumen Freedom.

The McLaren Speedtail Hyper-GT is the British auto manufacturer’s fastest road car ever. Near the end of testing, a prototype of the sleek gas-electric hybrid sports car hit 403 kilometres per hour at the Johnny Bohmer Proving Grounds, NASA’s runway in Florida. Specs for the 2020 production model say that it can go from zero to 300 kilometres per hour in 13 seconds.

To charge the lightweight battery whenever the aerodynamic three-seat vehicle isn’t in use, McLaren partnered with Lumen Freedom to use its wireless electric vehicle charging (WEVC) system. The Speedtail is the first vehicle in the world to incorporate it.

For Lumen Freedom, the Speedtail project is just the start. Its production-ready system has the potential to transform automotive design, transportation and even the power grid as it currently operates.

The Lumen Freedom team envisions the adoption of WEVC systems by OEMs and infrastructure providers, leading to sweeping changes. One benefit will be the eventual reduction in the size of electric vehicle batteries.

“As wireless charging and accessibility to wireless charging becomes more commonplace, the forward projections are that battery sizes will be reduced because you won’t need to carry as much energy onboard,” Wilson said.

Wireless charging might also move Australia closer to vehicle-to-home and vehicle-to-grid scenarios. Wilson predicts that EVs will help power a house or become conduits to sell electricity back to the grid. Users just set battery storage to the desired retention level and hit a button from the car or house to engage energy transfer. The fully charged vehicle runs the lights, the TV and small appliances. For high-power home appliances, the system would revert to power from the grid.

Wireless EV charging is emerging just as autonomous vehicle testing ramps up. In August 2020, the US state of Michigan announced plans to explore building a 64-kilometre roadway between Ann Arbor and Detroit just for autonomous vehicles. Several major automakers agreed to provide input. The idea is to start with shared vehicles and then expand to personal and freight vehicles.

Wilson expects cities worldwide will designate areas like this for autonomous electric vehicles that can charge as they go.

“It’s coming with a rush. We’re looking forward to a big, bright, wireless future,” he said.

What does the future hold for the Australian EV industry?

Moving forward, there is likely to be an ‘OEM-isation’ of the EV industry. The industry will start to move from large players, such as Tesla, doing everything themselves (because as one of the pioneers of the industry, they had to invest in their own R&D — especially in battery development) to a more traditional model pushed by the traditional large manufacturers who assemble components from specialised suppliers.

There will be continued growth in Australian startups, innovating in areas such as battery technology, battery management, motors, controllers, wireless charging plates, solar charging roofs and so on. In addition, with volume increasing and technology improving, the EV industry will diversify from high-volume passenger cars to either specialised industry-focused vehicles or even restomod electrification. For example, more and more small suppliers, including in Australia, provide crate electrification conversion to either classic cars or industry-specialised vehicles.

Australia has a unique combination of engineers and researchers who can combine experience and expertise in electrification, automotive and industry. It does not seem likely that there will be a major car manufacturer coming back to Australia anytime soon, but certainly it could become home to a thriving EV supplier and specialised EV industries, thanks to the country’s engineering excellence, unique needs and potential.