The growth of Li-Fi 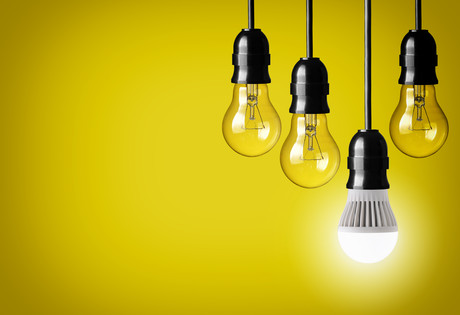 While Li-Fi technology is currently used in niche applications, growing market interest and the development of a new global standard mean it is one step closer to becoming commercialised.

Li-Fi, or light fidelity, is a data communication technology that uses LED light bulbs to provide a secure, high-speed wireless internet connection. It is expected to help accommodate the significant expansion of internet-enabled devices and enable smart buildings, transport and cities.

The widespread potential of the technology has led to international support for the development of a global standard for light communications. IEEE responded by forming the 802.11bb task force, chaired by Nikola Serafimovski from Scotland-based pureLiFi, which will work with manufacturers, operators and end users to build a LAN light-communications standard.

“Li-Fi is the future of communications, with the potential to become a real mass-market technology,” Serafimovski said. “But to have mass-market growth, a standard is needed. Similar to what wireless communications development went through, Li-Fi must go through it as well.”

IEEE will enhance the popular IEEE 802.11 Wi-Fi standard to include Li-Fi. Serafimovski suggested it is logical to use the same group responsible for the technical definitions behind Wi-Fi considering its success.

“IEEE 802.11 is ideally suited for Li-Fi because of the diversity, completeness and proven track record of the ecosystem, as well as the Wi-Fi community’s success in bringing technologies into standards and, more importantly, into products. The commercial success of Li-Fi requires a coherent approach from this broad ecosystem and the participation of world-leading organisations in the development of IEEE 802.11bb. This will lay the foundation for mass-market product development and introduction, leveraging the ecosystem that has global deployments in billions of units.”

It will be used as an addition to, not a replacement for, Wi-Fi as there are some differences in what can be done with each. Using light waves as opposed to the radio frequencies used in Wi-Fi, Li-Fi “will provide that complementary capacity that Wi-Fi and other wireless communications need to create a fully connected digital society,” according to Serafimovski.

“It is always a matter of using the right technology to solve the right problem, and Li-Fi can meaningfully help to deliver ubiquitous indoor coverage for the mass market, bringing data wherever there is light. Indeed, by some accounts Li-Fi may broaden the frequency range by 1000 times.”

GM Insights said the global Li-Fi market is forecasted to be worth US$75.5bn by 2023, driven by the increasing demand for 3G and 4G technology and the impending RF spectrum crunch. It stated, “Significant LED infrastructure driven by reducing prices, high degree of energy efficiency, and high installation in residential as well as public spaces will prove beneficial to Li-Fi market size in the coming years.”

pureLiFi has recently partnered with O2 to use Li-Fi in a network trial in preparation for its 5G launch in the UK, and the company showcased Li-Fi’s potential in the commercial property sector with WiredScore’s first Wired Certified buildings in Birmingham.

It is hoped the new standard will be completed by May 2021, but Serafimovski said those interested in developing Li-Fi products may be able to use early versions of the standard.