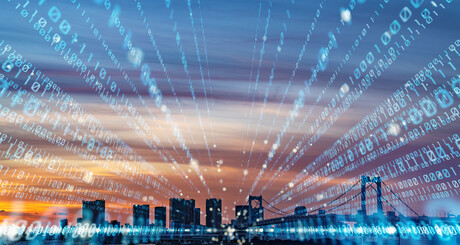 Urbanised populations around the world are on the rise, bringing with them an increase in the adoption of smart city technology.

Most smart infrastructure, including lighting systems, intelligent grids, security and control systems, and renewable power, relies on IoT technology to monitor its output and operation.

As smart city projects across the world have multiplied, the way in which these technologies function has become layered and more complex. The ‘Smart City Platform Market’ report suggests that in order to simplify these complexities, the market will witness a strong drive toward the implementation of more intuitive processes, including the increased adoption of machine learning solutions to gather and analyse the huge amount of generated data.

While cellular networks are the foundation of smart cities, they consume a lot of energy, enhancing global warming. One way to address this issue is by switching off base stations — radio transmitters/receivers that serve as the hub of the local wireless network — when they have little to no traffic load.

Research has found that active base stations consume as much as 60% of their maximum energy consumption, even under no traffic load, and switching them off can bring energy use down to 40%. However, there is a trade-off: putting base stations to sleep makes their traffic logs unavailable, which also reduces the accuracy of traffic prediction.

“We applied software defined network (SDN) and edge computing to a cellular network such that each base station is equipped with an SDN switch, and an SDN controller can turn off any base station according to the traffic prediction results. An edge server collects the traffic logs through the SDN switches and predicts traffic volume using machine learning,” Shinkuma said.

The machine learning method used by the researchers decided which base stations could be put into “sleep mode” based on the importance of their traffic logs in improving prediction accuracy. Thus, base stations with low contribution to the accuracy for previous time slots were put to sleep at the next slot to save energy.

To validate their study, the researchers used real-world mobile traffic data collected over two months and compared its performance against that of two benchmark schemes. The new scheme outperformed the benchmark schemes in its robustness against reducing the number of active base stations and different base station sets.

Shinkuma is optimistic that the study could be a harbinger of greener cellular networks and smart cities.

How has COVID-19 impacted on smart city development?

The COVID-19 pandemic has highlighted a pressing need to invest in connectivity infrastructure. According to KPMG’s report ‘Smart City Transformation in a post-COVID world’, smart city transformation is no longer a “nice to have” — rather, it has now become a must. The pandemic has resulted in citizens around the world experiencing varying levels of isolation and an overall lack of connectedness. The report highlights that “as countries emerge from the immediate crisis, there is an opportunity to improve connection by embedding digital infrastructure and Smart City initiatives as part of the business‑as‑usual design, development, operation and maintenance of our cities.”

There is a range of different network technologies, such as 4G/5G, broadband, Wi-Fi and low‑power wide‑area networks (LPWANs), that can be used for this purpose. The KPMG report emphasises that connectivity networks are critical to enable the continued operations of essential services, such as telehealth, as well as to support people in remaining connected and maintaining their overall wellbeing. In fact, the NBN, which is now available to at least 95% of Australian households, saw connectivity demand increase by more than 70–80% during daytime hours in March 2020, compared with February that same year.

One of the significant factors expected to drive the growth of the market in smart cities is giving priority to platform providers rather than standalone smart solutions, because of the potential scalability and integration of other smart solutions.

North America has emerged as the dominant regional market for smart cities in terms of revenue, as well as having a strong foothold in the market for smart city platform vendors. According to Smart America, governments in cities across the US could invest up to US$41 trillion over the next two decades, simply by upgrading their infrastructure to leverage the benefits of the Internet of Things.

Finally, increasing urbanisation has led to higher volumes of traffic in most cities around the world, and the subsequent need for a next-generation traffic monitoring and management solution. The deployment of traffic cameras in cities is often hampered by a lack of or subpar autonomous video monitoring systems that require cloud access or extensive high-bandwidth internet infrastructure.

Ultimately, the smart city platform market is a fragmented one, with a large number of companies providing these platforms across the globe. Market players are constantly evolving and innovating smart solutions, spending huge sums of money on research and development — meaning that smart cities will continue to be a highly competitive market well into the future.

Recently, I've seen OM5 fibre downplayed by others in the industry.