The infrastructure debacle that keeps getting worse 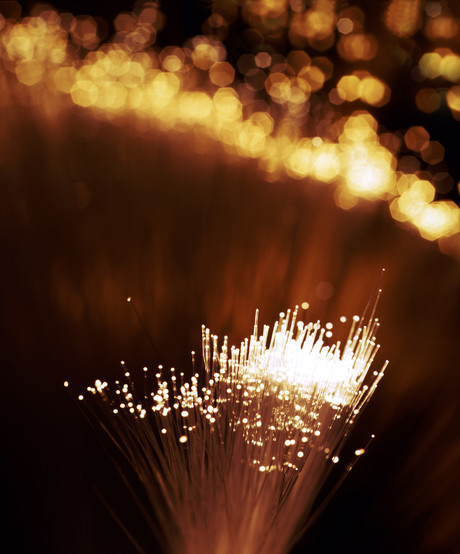 The government’s plan for the national broadband network (nbn) is a mess and events over the past couple of months provide an insight into why Prime Minister Malcolm Turnbull should heed the calls for change.

But can a leopard change its spots?

At the heart of the problem is the rank ideology that underpins political parties, and even when overwhelming evidence is put on the table it will be dismissed, often with the aid of a review or audit undertaken by individuals or organisations that are very happy to support the government’s view.

As with the Coalition’s antiquated energy policy, the telecommunications portfolio has become even more chaotic under the current government and the outcome has been negative for many consumers.

Under the Turnbull government’s multitechnology mix nbn, three-quarters of fibre to the node or basement (FTTN) customers won’t be able to get the fastest download speed of 100 Mbps. About 4.6 million of the 11.7 million premises being connected to the nbn are being connected using FTTN/B. The cost for this infrastructure debacle will be over $50 billion and the end result will be a network that is largely obsolete and in need of an urgent replacement.

In an incredibly arrogant response to the first report of the Joint Standing Committee on the National Broadband Network (JSCNBN), that was released on 29 September 2017, the government argued that after “considering 191 submissions; holding 15 public hearings; receiving testimony from 179 witnesses; and undertaking three site visits, the Committee’s majority report and recommendations indicates a failure to understand the fundamentals of the NBN”.

The JSCNBN consists of nine members of parliament and eight senators. The committee membership includes six Coalition, seven Labor, and one each from the Nick Xenophon Team, Pauline Hanson’s One Nation, Australian Greens and the independent Cathy McGowan. To argue that the committee does not understand the fundamentals of the nbn after hearing from over 120 witnesses and receiving 191 written submissions is an act of folly.

The nbn has been subject to unprecedented attention in the media and there is overwhelming public and industry support for the FTTN to be replaced by fibre to the curb (FTTC) or fibre to the premises (FTTP).

The government has stated that its aim is to roll out the nbn as quickly as possible to all Australians, yet there is no evidence that the multitechnology mix will be completed any faster than the original plan to roll out FTTP to every Australian home.

And for many millions of Australian homes there will be no opportunity to enjoy 100 Mbps or higher unless they pay many thousands of dollars to have the FTTN/B replaced with FTTC or FTTP.

Malcolm Turnbull’s decision to roll out the obsolete FTTN has had another negative impact and that has been to break the financial model being used by nbn co to achieve the return on investment (RoI) demanded by the government.

The problem for nbn co is that about 80% of customers have opted to select the 12/1 and 25/5 Mbps connection speeds because they’ve become wary of nbn co not providing infrastructure that can provide 100 Mbps, and service providers not purchasing enough data capacity to prevent significant congestion during peak hours.

The Australian Competition and Consumer Commission (ACCC), in a belated effort, has ramped up demands that nbn co and service providers become more transparent about their offerings and ensure that customers know what they will receive when they sign up. This threat of fines and court action, which should have occurred three years ago, appears to be finally having some effect.

To reduce the ongoing and increasing complaints by service providers that data usage charges are too high, nbn co announced in mid-December that it would offer “new wholesale pricing options designed to improve customer experience and meet the growing demand for fast broadband in peak hours”.

In the past weeks, several service providers have decided to move existing 25/5 Mbps customers to the nbn 50 bundle and to cease offering the 25/5 Mbps speed tier. The bundles offered by nbn co are a promotion, but it is anticipated that by the end of 2018, nbn co will release new product pricing that will absorb the current discount.

The nbn is Australia’s largest infrastructure project and if it was completed with FTTP, Australia would have been five to 10 years ahead of our competitor nations in the provision of high-speed broadband and this would have boosted our participation in the global digital economy. Now, Australia is languishing at 55 in the global broadband rankings.

The call for more fibre has been further amplified by the Joint Committee’s report and it is time to seek a government that will listen and do what is in the nation’s best interest.

The last hope that Mr Turnbull would listen to the majority of Australians, business and industry has now passed — he has failed yet again to take the opportunity presented to him to provide Australia with the means to be global leaders in the digital economy and the end result has been over $20 billion wasted and countless jobs squandered.

*Mark Gregory is an Associate Professor in the School of Engineering at RMIT University.

Companies are increasingly using the cloud to enable successful digital transformations of their...

The global COVID-19 pandemic has seen a marked shift in the way individuals and organisations are...

The top 10 trends expected for data centres in the year 2025 have recently been released by Huawei.

Webinar: How eSIM is forging a new future in IoT