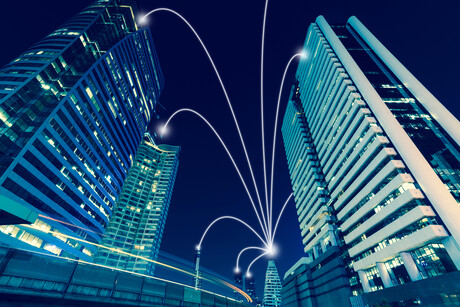 Single pair ethernet is creating high expectations. Where can the new technology unroll its benefits?

The key technology in the Internet of Things

SPE requires — as the name suggests — just one twisted pair for data transmission. A thin two-core cable and a small connector are all that is needed for the cabling. The link distances range between 15 and 1000 metres. The bandwidth spectrum ranges from 10 Mbps to 1 Gbps. SPE cabling should be able to provide terminal equipment with up to 50 watts of electrical power via Power over DataLine (PoDL).

Several committees are working at high pressure on the standards. Various connector systems have been specified. IEEE has defined six transmission protocols and four transmission distances. But neither the influence of remote power supply nor the implementation of multi-drop capability has been adequately addressed so far (at the time this article was written in Q2 2020).

So much for the current framework conditions. With regard to expectations, the following should be noted above all:

If you look deeper into building cabling, useful and promising application possibilities arise. Specifically, we are referring to the digital ceiling, structured ceiling cabling and digitalised building automation.

Single Pair Ethernet could connect many small IoT applications with the EtherNet/IP data network via the service outlets of the digital ceiling zones. For example:

R&M recommends two models for cost-effective, rapid integration of SPE in Digital Ceiling (see figure). A 10Base-T1 switch is used as a bridge between SPE and LAN. It is positioned either in the zone or in the floor distributor. R&M describes further specifications in the specialist magazine Connections No. 58.

When it comes to new technology, there have been some great battles over the years. Records...

New trends emphasise the importance of edge data centres and the need for much faster...

We've seen the unprecedented increase of network capacity in both scale and scope driven by...