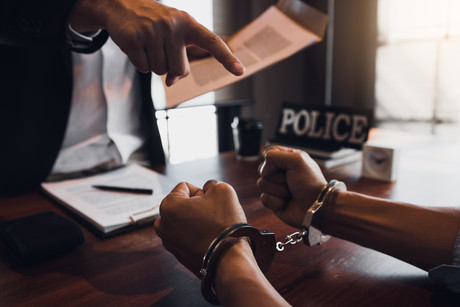 If seeing an article with this title in a ‘technology’ column seems weird to you, it’s even weirder for me to be writing about it. But sadly our industry has recently encountered what amounts to fraudulent activity, so I feel compelled to write about it.

In a recent meeting between all the cabling registrars — BRCA (BICSI), TITAB, ACRS (NECA), FPAA and ASIAL — and the telecommunications regulator — the Australian Communications and Media Authority (ACMA) — it was brought to our attention that some unscrupulous people were presenting fake cabling registration cards on worksites and falsifying application documentation to become registered cablers.

Fake documents, no matter how trivial they may seem to be, amount to fraud.

An RTO whose documents were falsified has already reported the matter to the police, while the registrar who had false documents presented to them in applications will be referring the incidents to the police and naming the individuals.

While only a handful of people would stoop so low as to falsify documents, such incidents can put our overall industry in a bad light, in spite of the good work done by the vast majority. Do you recall the impact of the ‘Infinity cable’ disaster a few years ago? While that cable represented only a small percentage of the overall electrical cable installed in Australia, it did massive damage to the reputation of the industry — all because non-compliant and dangerous cable was imported into Australia without legitimate safety documentation. The importer was fined a paltry $33,000, but the enormous cost of remediating the collateral damage was mostly borne by the retailers. Sadly, the reputations of many electrical contractors were severely damaged through all of this.

Another sad reminder of the consequences of falsified documentation is the Lacrosse Building fire in Melbourne’s Docklands in 2014. A small balcony fire spread along much of the building’s facade, due to combustion within the aluminium panels that clad the entire building.

According to a City of Melbourne report on the fire:

“The MFB [Metropolitan Fire Brigade] has identified in this case that the product used in the construction of the lightweight wall was a product called Alucobest. This product does not have technical specifications readily available on its website for supply in Australia.

“A review of the documentation lodged by the Private Building Surveyor with Council has highlighted:

“The MFB have also obtained a sample of wall cladding material for testing. The findings of the testing have determined that the material and wall cladding system is not non-combustible when tested in accordance with the Australian Standard AS1530.1.”

Unfortunately it took a major fire to highlight erroneous documentation. If it had been qualified from the start and compliant product used, perhaps the fire would have been contained to the balcony, rather than spreading to much of the building and causing millions of dollars in damage.

Some of you may say that communications cabling isn’t in the same category as fire safety. On the surface, that may be true. But when you recognise that most, if not all building services are going digital and being internet-connected, the importance of communications cabling will, in some instances, be more important than fire safety. In a healthcare facility, for example, patients’ lives are dependent upon monitoring. In smart buildings, digital technologies can instantly detect and enunciate fires, with occupants being quickly guided out by sophisticated egress guidance. Autonomous vehicles will move people much safer than human-driven vehicles. But what if a cheap non-compliant connector fails to deliver PoE (Power over Ethernet) and a powered heart-monitor fails? What about an untrained ‘lackey’ terminating cables so badly that it fails intermittently and a fire detector doesn’t work at the worst possible time — when there’s actually a fire. The connector may have a bogus sticker on it claiming compliance that fools the installer. And the ‘lackey’ may have a bogus Registered Cabler card that fools the induction officer to get access to the worksite. But when things go wrong, the investigators — Worksafe, the insurer or the coroner — won’t be fooled. Someone is always held to account. And if you’re the one who tried to fool people with fake documentation, you’re in for a world of trouble.

When asked for a legal opinion, Forensic Engineer Peter Turnbull qualified that fake documents can’t be classified as fraud until proven so, but should be called ‘negatively augmented’ or ‘negatively enhanced’ documents. But if it’s alleged that you issued negatively augmented or negatively enhanced documents, you’re likely to go to court. And if you lose, then it’s fraud. We call this a ‘business-ending event’. Depending on the severity of the incident, it could even be a ‘life-destroying event’.

In a 7 March Sydney Morning Herald article, NSW Building Commissioner David Chandler stated that those “making fraudulent declarations, [can get] up to two years in jail”.

In reviewing these incidents of negatively augmented documents, the ACMA stated that while assessing fraud was outside its remit, such documents are in fact statutory documents and therefore compel individuals to be truthful. In other words, if you fraudulently present yourself as something you’re not, you are in serious breach of the law. And if charged by the police, you’ll end up with a criminal conviction. So, is it really worth trying to fool people with fake documentation?

We’re presenting this information because most of us in the ICT industry are professional and want to do the right thing. We certainly don’t want unscrupulous ‘cowboys’ tainting our industry’s reputation with fake documentation, simply to make a few extra bucks profit with cheap non-compliant products or lowly paid unskilled labourers. All of the registrars are vigilant in checking documentation to ensure individuals legitimately qualify to be registered cablers. We’ve been on the front foot to report suppliers selling illegal copper-clad aluminium cables to the regulator. And we actively communicate to the wider community the importance of engaging qualified registered cablers for dependable communications cabling work. That’s why so many induction officers demand presentation of registration cards before allowing access to the worksite; and why so many consultants call for evidence of registration in their tender documents.

With the surge in Internet of Things (IoT) and PoE applications in smart buildings and smart cities, and the greater reliance of digital life-safety and medical systems on connectivity, the importance of quality cabling will only intensify. So much will depend on the quality of your workmanship and the quality of the products you choose to use — lives may actually depend on what you do and what you choose. There is no place for fake documentation in our industry. The registrars won’t tolerate it. Nor should you.

Recently, I've seen OM5 fibre downplayed by others in the industry.