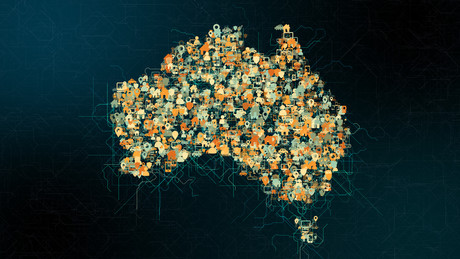 We’ve enjoyed massive technological change over the last 20 years, which has undeniably connected us as individuals and delivered incalculable commercial efficiencies. But that rate of change has made it difficult to predict future demand for services and resource accordingly. What happens when connectivity fails us?

The power went out at my place recently. It was a chilly Sunday afternoon, just as dusk was falling. The outage wasn’t weather related and took out a good slice of my suburb and the surrounding area. Judging by the number of anxious-sounding neighbours quizzing the emergency crew dispatched to solve the problem, I wasn’t the only one taken by surprise.

Not so many years ago, power outages were reasonably common and, by my recollection at least, most households were adequately equipped to cope — a supply of candles was usually in reach and there were plenty of ways to amuse yourself during the (often lengthy) hours of unexpected darkness.

These days… not so much. I was astonished at how quickly things deteriorated to be honest. As it turns out, I’m woefully unprepared for a blackout. I couldn’t rustle up more than a few decorative tea lights and a box of household tapers. It took me a solid 10 minutes to find matches and I don’t even own a torch.

No power, no connection

Worst of all, my mobile had less than 5% charge and my laptop not much more. I turned them off figuring it was better to save what juice I did have in case I really needed it. My laptop and tablet connected via Wi-Fi anyway, and the modem wasn’t working without power.

Ill-preparedness aside, things got ugly when I tried to find something to do. Faced with the prospect of no Spotify, Netflix or internet of any kind, I tried to remember what we did in blackouts all those years ago. For the record, candlelight isn’t great for reading.

“I’ll phone someone,” I thought. “Thank God for the trusty landline I never use, it finally has a purpose.” Nope. Not now I’m on the nbn, because landlines no longer work without power.

This was by no means a life or death situation, but I was still struck by the impact. In truth, it wasn’t the lack of electricity that posed the real problem, it was the inability to connect. I’ve become so used to picking up a device and accessing the internet in order to perform the simplest of tasks. We all have — it’s an inherent part of life in the 21st century.

No-one will deny that our lives have been made easier courtesy of technology including the internet, smartphones and other intelligent devices. But the downside is significant; when things go wrong, they go really wrong.

In July this year, a major Telstra network outage caused mayhem nationwide. It took out ATMs and EFTPOS facilities across the country. The big four banks were all affected, with many branches out of operation for the duration, and retailers — including the majors like Coles and Woolworths — resorting to cash-only transactions. It wasn’t the first instance of a failed network and certainly won’t be the last, but the impact was substantial.

The National Retailers Association estimates that those three hours of network downtime cost retailers north of $100 million in lost sales.  The telco said unusually high traffic in NSW was the root cause and, while not determined to be directly related, it’s worth noting that the outage occurred on the same day that one of the highest jackpots in Powerball history was being drawn.

We’ve been led to believe that we live in a cashless society, yet when the underlying infrastructure fails, things get ugly. Have we come to a point where our heavy reliance on data networks can be completely undermined by something as simple as extra demand for lottery tickets? Well, maybe, as it happens.

Of course, this is the highly visible side of connectivity failure — but what about the stuff going on behind the scenes that Joe Public isn’t even aware of… or realise that he’s paying for?

The Australian Communications and Media Authority (ACMA) is responsible for ensuring minimum cabling requirements are in place to promote safety and maintain the integrity of our telecommunications network. In October last year, it published a consultation paper titled ‘Review of regulation of customer telecommunications cabling’.

The review was focused on the regulation of cabling work as performed by cabling providers in light of changes in the technical and commercial environment in recent years. ACMA wondered whether the same risks that original legislation intended to mitigate still existed, and what — if any — regulatory model was required moving forward. Comment was sought from industry members and other stakeholders — and it came in spades. ACMA received 32 submissions, the majority of which are published on its website. If ACMA was questioning whether the industry had matured enough to move towards a deregulated regime, the industry responded with a resounding ‘no’.

Among the submissions, a report prepared by Robert Reid and Ian Millner (on behalf of Ian Millner) incorporated substantial photographic evidence of current cabling practices in both commercial and residential applications — and it’s not pretty.

Reid and Millner assert that these images make clear a need for ongoing (and improved) regulation, additionally drawing attention to the disparate level of workmanship associated with electrical versus telecommunications cabling as evidence of output under a regulated industry versus an unregulated one. They argue that the current regulatory environment does not adequately support the intent of the Telecommunications Act 1997, with respect to: (a) the long-term interests of end users and (b) the availability of accessible and affordable telecommunications services.

The authors highlight industry practices that contribute inefficiencies, add unnecessary financial burden and potentially threaten service delivery. At least part of the problem relates to the presence of both ‘customer’ and ‘carrier’ cabling in many installations, not only leading to excessive congestion and a host of subsequent issues around identification, redundancy and performance, but also representing an additional cost burden to the user.

The views put forward by Reid and Millner were echoed in other submissions, with BICSI, NBN Co, Communications Alliance and the Communications Workers Union among others, endorsing either maintenance of the status quo or a strengthening of the regulatory environment, rather than any winding back.

The report responses not only make for interesting reading, they also serve to underline the difficulties associated with a fast-burgeoning industry and what happens when it is left unchecked. Our society-wide reliance on constant connection — and the ramifications of failure we’ve already seen — means the stakes are high. To that end, it seems reasonable to demand a framework and methodology that supports and promotes better practices at the infrastructure level.

Fortunately, the power outage in my neighbourhood lasted only five or six hours — not long enough for food to spoil or to represent anything more than an inconvenience, really. Of course, living in a major metropolitan area means I wasn’t exactly cut off from the world, but the experience got me thinking about how we’ve developed such a heavy reliance on permanent connection in a relatively short time frame — and just how fragile that connection is. I’ll stop short of saying that it changed me, but it has definitely encouraged me to keep my devices charged. I even bought a torch.