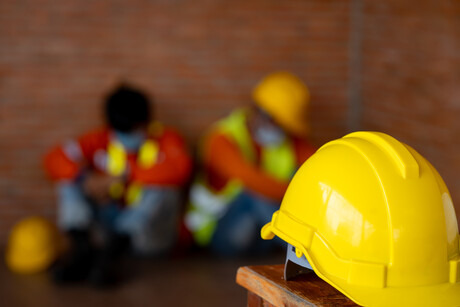 The extension of Victoria’s lockdown has been very damaging to small and medium trade businesses, according to NECA.

Premier Daniel Andrews announced that lockdowns in Victoria would remain in place until at least the end of October — with minor easing possible on 23 September.

“It’s yet another blow for businesses that haven’t had time to heal,” he said.

“We need an immediate rethink of what we can do for construction and trade-based business. Major construction operating at 25%, and most small electrical contractors shut down completely, is not the answer if we’re moving away from a zero case strategy. We need to look at absolutely every safeguard and system that can be deployed to get tradespeople back on the tools within two weeks, not two months.

“If the government won’t budge on that, then it’s back to the drawing board for business and worker assistance measures, which may need to include a JobKeeper-style safety net.

“We see the public health case for curbing the spread of the COVID-19 Delta strain. However, Melbourne has already had seven of the last 17 months in lockdown. By late October, it’ll be nine of 19. The economic damage this is causing is shattering, and in some cases irreparable,” Podolski said.

He also said that continuing to limit staff numbers to 25%, or five people, on larger building sites, and cutting staff for all but critical infrastructure and emergency repairs until 23 September at the earliest — and even then, potentially increasing that only to 50% — would be the final straw for some businesses.

“Employers are losing the relationship with their employees the longer this goes on and as workers are stood down,” Podolski said.

“It isn’t good enough to say lockdowns are designed to facilitate ‘public safety’ if, at the end point — which just keeps receding further into the distance — there’s actually no business left.”

Podolski said he was deeply concerned for the survival of the businesses of his smaller members, and for the mental health of the people who worked in them, and said a fundamental revisitation of support packages — including the reintroduction of JobKeeper by the federal government — was crucial.

“NECA is calling on the state government to reconsider — and boost — the assistance it is providing to all small and medium businesses, including in the electrical contracting sector, that are at grave risk of going under as a result of this protracted and suffocating lockdown,” Podolski said.

“We are happy to work with government to implement whatever COVID-safe measures are required — including increasing access to vaccines for workers and the deployment of rapid antigen testing — to enable the construction sector to reopen more quickly, more safely and well before the end of October.”

Podolski said that in view of the fact both NSW and Victoria were in extended lockdowns — with Queensland having also experienced recent lockdowns and business closures for periods of time — the reintroduction of JobKeeper was a consideration that was also increasingly urgent.

“NECA’s view is that — just like 2020 — this can no longer be regarded as a state-by-state proposition, but rather as a national issue; and to that end, I call on the Prime Minister to give serious consideration to reintroducing his government’s JobKeeper program at the earliest time possible.”

A four-week blitz will be carried out on Victorian construction sites to ensure that they remain...

Concerns about COVID-19 outbreaks have led ARBS Exhibitions to reschedule the event to...

More needs to be done to prevent sexual harassment in the resources and energy sector, according...