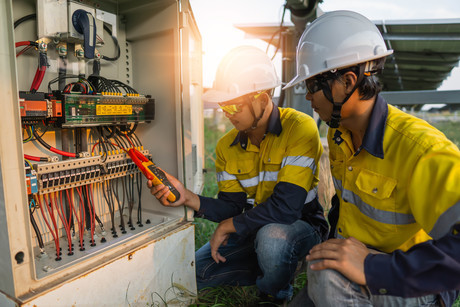 At least 50% of trade-related businesses employ at least one family member, according to a survey by The Game Changers.

Despite this, only one in 10 would consult with their spouse on all or most business decisions.

Barry Magliarditi, founder and CEO of The Game Changers, said the survey — which aimed to uncover the inner workings and challenges of industries including building, electrical, carpentry and plumbing — provided some surprising insights into how these types of businesses are being run.

“The statistics show that family-run businesses are still very prevalent in Australia. While the percentage is only small, it’s interesting that 2% of respondents had at least four family members working for them, which is quite unique,” he said.

“In stark contrast, it seems this trust in the business isn’t being extended to spouses, with only a small percentage consulting their spouse on business decisions.”

The survey also revealed the biggest pain points for Australian trade businesses, with 60% struggling with cashflow and achieving a healthy profit margin.

However, despite these challenges and the fact that 2019 saw the sector suffer serious deterioration in trading conditions and profitability, small trade-based business owners were optimistic about their businesses future.

An encouraging 63% expected to be in better financial shape in the next 12 months, and a further 24% anticipated performance would remain the same. Only 13% forecast the business would be in worse shape.

Other findings of the survey include:

The top five ways owners felt they could improve their businesses were:

Magliarditi said the survey revealed some important insights into where these business owners needed support.

“Interestingly, 31% of respondents said they established the business because they were good at what they do, but struggled with the business side. A further 49% said that while the business was in good shape, there was more to be done to improve,” he said.

“Surprisingly, only one respondent described themselves as a strong leader of a business in great shape with no need for any changes.

“This research highlights that as is often the case with businesses, particularly trade-related businesses, the owner is good at their trade, but not very good at running a business. They haven’t actually been given the tools to run a profitable business that ultimately works without them, which should be a goal to aim for.

“Instead they stick on the tools and work huge hours to keep the wheels turning, as they also try to fit in the estimating, quoting, staff management, project management and all the other tasks needed to manage operations while creating a viable pipeline. Often they simply don’t have these abilities in their core skill sets.”

This certification enables cities using PLANet to benefit financially from the energy savings...

Smart electric submeters on the rise

A recent electric submeter study found that smart submeters are on the rise, and are expected to...

Legend has reported an agreement that will see it acquire 100% of MPower's product...