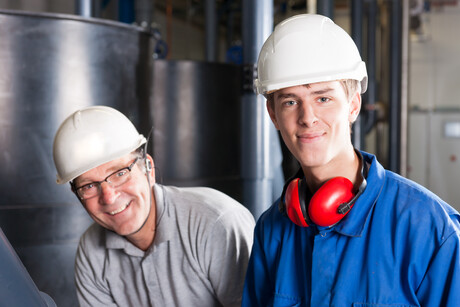 Noonan believes the new initiatives, designed to encourage business to take on new workers, will open the door to job losses and exploitation of younger workers.

“If apprentices are engaged with the expectation of a full four-year apprenticeship but dumped after one year when the government subsidy ceases, it is a cruel hoax and a recipe for exploitation.

“The government needs to redesign these flawed schemes and the CFMEU will take a hard line against the exploitation of apprentices or workers being sacked by unscrupulous bosses who take advantage of them,” Noonan said.

“The data also shows the rate of new apprenticeship commencements has slumped under this government by 21.5% on the 2016 figures.

“The measures announced by the Treasurer do nothing to encourage businesses to take on and properly train apprentices for the long-term.

“If the government was serious about getting more apprentices into the construction industry they would end the current ban on apprentice ratios on government jobs and change procurement guidelines in the Building Code to require the employment of apprentices on all federally funded projects.”

Noonan would like to see more support directed at vocational learning initiatives, rather than subsidies and credit schemes.

“The government should also do more to support the TAFE system continue its crucial role in training apprentices. Unless amended the one-year subsidy outlined in the Budget creates an incentive for employers to replace existing workers on higher wages with apprentices for the 12 months it is available. It is a recipe for exploitation.

“Along with the hiring credit scheme, which incentivises employers to take on two low-paid younger casual workers over one older full-time employee, it risks creating a regime where apprentices and younger workers are used as cheap, subsidised labour.

“The government is also yet to explain how it will protect the interests of existing workers who could be sacked by opportunistic bosses under these schemes.

“The ABCC has shown itself incapable of tackling wage theft and exploitation in the construction industry. The best protection for apprentices and existing workers is to ensure that they become and remain union members,” he said.

With international travel off the table for the foreseeable future, events companies are getting...