New cabling standards — what you need to know 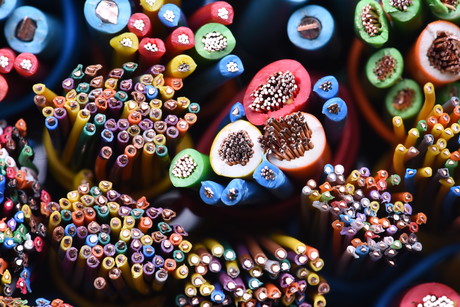 With a number of new cabling standards primed for release this year, 2018 will be a big year for the ICT industry.

Some standards are mandatory, others are voluntary, but all are equally applicable to the Australian ICT market. This article discusses which applicable standards are being released this year and why you need to adhere to them.

Australia’s primary cabling regulations are AS/CA S008: 2010 (products) and AS/CA S009: 2013 (installation). It’s important to adhere to these because they’re mandated by the Australian Communications and Media Authority (ACMA). The ACMA can impose hefty fines for non-compliance — as much as $90,000. For more information on consequences of non-compliance, read ‘What happens if I do not comply with the Telecommunications Act or the CPRs?’ on the ACMA website.

Both of these regulations are jointly being revised in order to harmonise their content from this year onwards. Previously, they were updated independent of each other and occasionally one presented information that was out of sync with the other. The revisions are close to being completed, and both regulations are expected to be published in late 2018. Upon completion, both documents will be released for public comment, followed by a secondary revision to capture industry comments. Once finalised, both documents will be reviewed by the ACMA, which is expected to mandate them under the Telecommunications Cabling Provider Rules 2014. They can then be downloaded from http://www.commsalliance.com.au/Documents/Publications-by-Topic/Cabling.

Below are some of the changes to be included in S008:

Some of the changes to be included in S009 are:

Another major regulatory change this year is the replacement of AS/NZS 60950-1 — the ACMA’s mandated telecommunications customer equipment safety standard — with AS/NZS 62368-1.

The AS/NZS 3080: 2013 — the cornerstone ICT infrastructure standard in Australia and New Zealand — is set for a complete overhaul. It’s been a local adaptation of the international ISO/IEC 11801 standard, but has retained the long-standing 3080 label. As of this year, however, the name will change to AS/NZS ISO/IEC 11801. But it’s more than just a name change. ISO/IEC 11801 underwent a major revision last year and its content and structure will apply here too.

For starters, instead of just one volume, it will be split into six separate ‘environment-based’ volumes:

AS/NZS ISO/IEC 11801 also introduces Category 8 twisted-pair cable and connectivity, and more detailed support for remote powering and distributed building services, particularly intended to support IoT applications. And for the same reason, it also introduces the much-anticipated ‘1-pair Ethernet’ model, including a brand new ‘non-RJ’ type of connector. At the time of writing, the CT-001 committee that produces the AS/NZS cabling standards were voting on the connector types proposed by various manufacturers. The result from that vote is then submitted to the ISO/IEC committee as a single vote towards the decision on which connector type becomes the standard.

AS/NZS ISO/IEC 11801 also replaces OS1 Single-mode fibre with OS1A as a ‘3-window’ fibre and introduces Wide Band Multi-mode fibre as OM5. This will be similar to CWDM in multi-mode and will support multiple wavelengths to deliver at least 28 Gbps per wavelength and 100 Gbps per fibre over 100 m.

One of the most anticipated ICT-related standards being released internationally this year is Power over Ethernet (PoE) – IEEE 802.3bt: ‘DTE Power via MDI over 4-Pair cabling’ (4PPoE). Expected to be released in late 2018, the standard introduces three new PoE ‘types’:

While IEEE 802.3bt will have huge impacts in many fields, its major impact on cabling will be having to carry constant current of around 500 mA per conductor on cabling that was only ever designed for ‘burst energy’ — ones and zeros. That’s up to 4 amps per 4-pair cable! Concerns emerging from this are heat dissipation from cables carrying considerable current and arcing at connectors when unmating plugs under load. The standard therefore introduces two sets of values for temperature rise for cabling — (1) in open air and (2) in sealed conduits, noting the impact of both cable construction and bundle sizes on temperature rise. It also calls for measures to minimise arcing at connectors.

Cabling manufacturers are addressing these issues in their products, so we don’t expect a lot of problems emerging here, so long as PoE-rated products are specified and used.

It could, however, be a concern where PoE is run over existing cabling that may not be capable of supporting constant current. While we don’t anticipate fires starting everywhere from overheated cables, it’s more likely that applications on PoE circuits — surveillance cameras, wireless access points, intercoms, PA systems, AV networks, access control systems, intercoms — will fail.

Industry has jumped ahead of standards in this instance, with tester companies identifying DC resistance unbalance as a prime parameter to determine a cabling system’s suitability to support PoE. This parameter is yet to be included in cabling standards, but it’s recommended that DC resistance unbalance testing be conducted on any cabling anticipated to carry PoE to determine if it can support PoE.

This is just an overview of the major ICT infrastructure standards being released this year. Our advice is to watch for the public comment announcements of these standards, obtain copies to review and perhaps comment on them. It’s important to get familiar with the changes, in order to know what to list in specifications or tender submissions.

Earlier this year, BICSI South Pacific conducted industry-wide research on standards and was amazed at the number of specifications that listed out-of-date and conflicting standards, and tender responses that claimed compliance to irrelevant or non-existent standards. This confirmed suspicions that some in our industry have little knowledge about standards and perhaps rely too much on assumed ‘common-sense’. But the compelling reason to know and use correct standards isn’t to displace assumed common-sense. Rather, it’s to protect yourself from costly commercial errors.

We all know that non-compliance with mandatory regulations like AS/CA S008 and S009 will lead to legal risks and result in fines. That’s Common Law. But many are ignorant of the implications of not complying with standards under Commercial Law. Standards like AS/NZS ISO/IEC 11801 and IEEE 802.3bt aren’t mandatory, but when they’re written into specifications and commercial parties sign agreements on the basis of those specifications, they become laws.

So, if you’ve written a specification that makes erroneous standards references, it opens the door for the other party to challenge the validity of your commercial agreement if a dispute emerges, which might be just a variation. Even if the dispute has nothing to do with standards, it’s a weakness in the contract that any commercially savvy person could use against you as leverage.

Conversely, if you’ve responded to a tender blindly stating compliance to standards you know nothing about, you risk taking on liabilities far greater than you’re capable of handling. A commercially savvy client could force you to deliver on that specification at your loss. Sadly, some contractors have experienced huge losses on projects because they agreed to terms they didn’t understand.

Perhaps the most misunderstood commercial reality we’re all exposed to is subrogation. This is a legal framework commonly used by insurance companies to recoup money they’ve paid on insurance claims. The Cambridge Dictionary defines subrogation as: “the ability that an insurance company has to get the money it has paid to a customer back from the person who caused the accident, damage, etc.” It enables them to apportion percentages of the blame to many parties and then litigate against them. For example, if an insurance company paid out on losses from a building fire that was identified to have been caused by an electrical failure, they could legally chase the contractor, engineer, manufacturer and supplier for damages, even though they didn’t cause the fire.

This is a complex matter that goes well beyond the scope of this article. We suggest you find out more about this from your insurance provider to better understand your risks. The message is simple — the application of correct and accurate standards mitigates risk:

OHS obligations in the workplace amidst COVID-19

The ICT industry has been severely impacted by the COVID-19 pandemic — despite the fact...