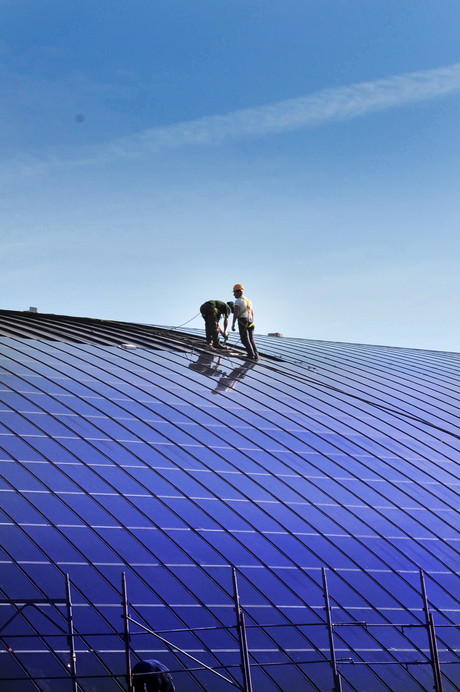 Master Electricians Australia (MEA) has joined the opposition against the Queensland Government’s new solar regulation, agreeing that it could be devastating to solar projects and jobs, and is largely different to what was proposed in the consultation process.

The Electrical Safety (Solar Farms) Amendment Regulation 2019 came into effect on 13 May and requires licensed electricians to mount, locate, fix or remove solar panels on projects of 100 kW and over.

It was supposedly driven by the need for greater safety during solar farm installations, particularly in relation to untrained workers. Key concerns include: the inability to isolate individual solar panels while they are being mounted or removed; over-tensioning of the fixing bolts resulting in damage to the solar panel; and mounting of damaged solar panels that may pose a risk of electric shock to others or be a fire risk.

“What they will do is drive up the cost of building a new solar farm and tie up electrical businesses in unnecessary regulation.

“And by requiring electricians to perform work that has traditionally been done by trades assistants — lifting solar panels into place — they are already leading to job losses in some sectors of the industry.

“Our members didn’t do a four-year electrical apprenticeship so they could lift heavy solar panels. They want to be part of an efficient and productive solar industry in Queensland.”

According to the Clean Energy Council (CEC), the new regulation has already begun impacting labourers and trades assistants across the state.

“Across Queensland in the last few days, businesses have been asking labourers to down tools, and scrambling to source electricians to take over the straightforward task of panel mounting,” said Anna Freeman, CEC’s Director of Energy Generation.

“The affected workers were trained, experienced and entirely capable of doing the mechanical tasks of mounting unconnected solar panels. The mounting of electrical equipment is not even classed as electrical work under the state Electrical Safety Act 2002, and it could easily be performed by local labourers and trades assistants as it has to date.”

Freeman described the new regulation as “absurd” and likened it to requiring university librarians to be fully qualified professors and cafe wait staff to be qualified chefs. She also previously stated it is the equivalent of a home owner requiring an electrician hang a new TV on the wall.

Queensland has set a 50% renewable energy target by 2030, but Freeman said the implementation of the regulation will delay projects in search of electricians and expose businesses to hefty penalty payments.

“The higher costs associated with imposing this change mean that investment in Queensland will slow and some investment decisions will be shelved. We have already been told by a number of our members that their projects now look more uncertain due to this new regulation.

“We are particularly concerned about this regulation locking communities out of many employment opportunities at solar farms in regional parts of the state, in return for expensive fly-in fly-out arrangements with electricians from metro areas. We need to be doing more — not less — to maximise the local employment opportunities from the clean energy transition.

“In the short term, Queenslanders can expect the asking price of electricians to increase, due to the sharp increase in electricians that will be required to complete large-scale solar projects,” she said.

CEC was quick to voice its concerns when the new regulation was announced in April, stating it is largely unjustified and has been introduced with little industry consultation.

Although MEA was one of the industry associations the government said it had consulted with, Richards said the final regulation was vastly different to what industry had been told would be implemented.

“The government promised to consult with the industry, and paid lip service to that idea. But the devil is always in the detail, and now we can see the detail is no good,” he said.

Both the CEC and MEA agree that parliament should scrap the regulation. Freeman stated: “We are calling on the government to rethink this costly and pointless regulation and come back to the table to find an alternative approach to dealing with its stated safety concerns.”

OHS obligations in the workplace amidst COVID-19

The ICT industry has been severely impacted by the COVID-19 pandemic — despite the fact...