Are utility businesses cannibalising themselves? 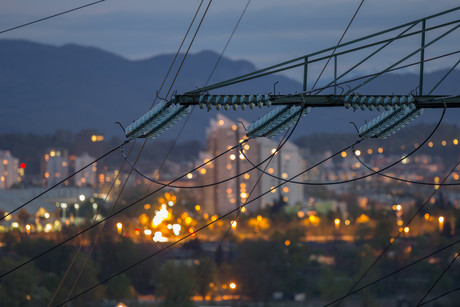 Utilities retail executives are asking themselves, “How do we become a trusted brand and reinvent ourselves before we are packaged into some other domain’s ‘bundle’?”

Since South Australia’s blackouts, we have been bombarded with energy security and affordability news. Other than renewables which made a remarkable PR recovery via Elon Musk’s giant battery, energy retailers have worn the brunt of the negative sentiment. As the (perceived) cause of record high energy costs, popular judgement of retailers has been harsh, now seemingly vindicated by our Prime Minister’s push to dismantle the traditional discounting model.

Most utility retailers, including those in non-contestable markets such as water, have realised the need to offer ‘non-fuel’ or ‘next-generation’ products and services. The challenge for traditional utilities in shifting focus to these lines of business is the posture that every investment must have a clear business case. The start-up/agile/adaptive conversations that proliferate across so many utilities generally hold little clout when requesting funds from corporate business units.

The clear advantage the disruptors and start-ups to the market have is the lack of legacy brand issues and engrained corporate hurdles designed to minimise risk. Their innovative product and service concepts can start and stop without costly technology and business change overheads allowing rapid innovation until a profitable idea ‘sticks’. To match this agility, traditional utilities need to become truly transparent and leverage their large customer bases with ‘stickier’ complementary products and services. This shift poses tough questions: Are we cannibalising our own revenue?; Will people suddenly understand what we’ve been doing to them?; What if it doesn’t work? Unfortunately, the alternative to not making a change is clear — top 100 organisations will become insignificant, only to be replaced by more customer-centric aggregators of products, services, customers and, most importantly, loyalty.

*As General Manager of Utilities, Matt’s focus is to manage and grow the company’s Utilities business. As a highly experienced Program Director, he is sought after for delivery and advisory experience. He specialises in large projects for complex business problems. Matt is a sought after speaker at international industry conferences. Matt is an expert advisor in one of the focus groups, ‘Digital transformation to seize the competitive advantage’. Matt will be presenting at Australian Utility Week 2017, to be held from 29–30 November at Melbourne Convention & Exhibition Centre.

As Australian organisations prepare for their staff to cautiously return to the workplace in...

With energy conservation becoming increasingly important to organisations around the world, the...

Factory of the Future facility to accelerate advanced manufacturing