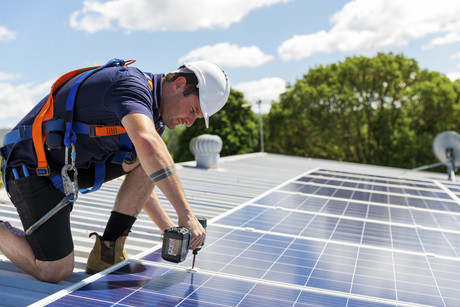 Victoria’s Space Solar has been banned from participating in the state’s Solar Homes program for at least two years after being found to have put solar workers and home occupiers at risk.

A joint investigation by Solar Victoria and Energy Safe Victoria (ESV) found that Space Solar — the trading name of Community Energy Group Pty Ltd — employed unlicensed electrical workers to carry out works under the program in an unsafe manner.

An audit of the company’s installations found that many had technical and safety defects, a number of which were severe enough to demonstrate what Minister for Solar Homes Lily D’Ambrosio termed a wilful disregard for the state’s solar safety standards.

“Dodgy solar operators that put the safety of Victorians at risk have no place in the Solar Homes program, and we won’t hesitate to kick them out,” she said.

“This kind of behaviour is totally unacceptable. Customers deserve to know their solar installations are completed to the highest standards and that’s why we have the strictest audit regime in the country.”

Prior to being banned from the Solar Homes program, as both a retailer and installer, Community Energy Group had conducted 546 solar photovoltaic panel installations that received rebates under the state government program.

As part of the joint action, ESV has also revoked the company’s sole director’s electrical registration, and Solar Victoria has contacted the owners of all 546 buildings to inform them of the investigation’s findings.

Solar Victoria and ESV are continuing to conduct risk audits of household solar systems, and ESV has recently formed a renewable energy taskforce to inspect work completed by licensed electricians in the sector.