Sending more surplus solar back to the grid 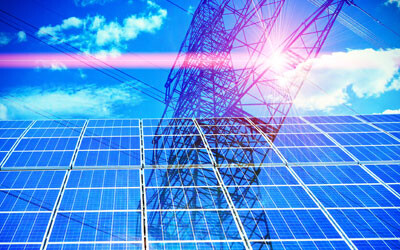 Smart inverter technology could enable more Australians to export their surplus solar energy back to the grid.

The Australian Renewable Energy Agency (ARENA) has provided $2.09 million in funding to SA Power Networks to trial a new approach to integrating rooftop solar with the grid.

This 12-month field trial will test a new flexible solar connection in up to 600 rooftop solar customers in South Australia and Victoria, who live in areas where the network is currently constrained due to very high levels of rooftop solar. The aim is to provide trial customers with an alternative to the zero or near-zero export limits that apply in these areas, so that these customers can export energy back to the grid and be paid for this exported energy.

To achieve this, the project will deploy new flexible connection technology that enables inverters to automatically adjust export limits every five minutes based on signals received from the distribution network.

SA Power Networks is partnering with AusNet Services, who will lead the Victorian trials, along with solar inverter manufacturers Fronius, SMA and SolarEdge and energy management provider SwitchDin.

Most current rooftop solar systems across Australia lack the ability to intelligently control the amount of electricity exported to the grid. As a result, the local distribution networks in areas with high rooftop solar uptake can become congested, with too much electricity feeding back in the middle of the day at certain times of year. To avoid exceeding the technical limits of the grid and manage this issue today, energy networks like SA Power Networks and AusNet impose zero or near-zero energy export limits on new solar systems in congested areas.

As more Australian households install rooftop solar and network constraints increase, more new solar customers will face limits that prevent them from selling electricity back to the grid. This can create an inequitable system where early adopters of rooftop solar ‘use up’ the available grid capacity, and late adopters are constrained.

By enabling customers’ smart inverters to automatically adjust the electricity exported by a rooftop solar system to match the available capacity of the grid, the $4.84 million trial will give customers in constrained areas the opportunity to sell surplus solar energy, with systems only reducing their exports during those specific times when the network is constrained, such as on a peak-demand day, instead of being permanently limited.

If the trial is successful, this approach could create a new solar connection agreement which could be adopted by any compatible solar inverter product and any network across Australia.

“The electricity distribution network has a limited capacity to accommodate reverse power flows when rooftop solar systems export surplus energy to the grid in the middle of the day,” he said.

“Currently less than 10% of rooftop solar systems installed across Australia operate with smart control systems, which means many people are limited by what they can export back into the grid. If the trial is successful, it should help more customers sell more of their energy into the market and benefit from cost savings on their energy bills,” he said.

ARENA has previously funded more than $100 million towards distributed energy projects, and has funded a wide range of projects to manage the integration of rooftop solar into the grid.

“This trial builds on ARENA’s efforts to encourage and support innovation in enabling technologies and in new ways of managing distributed energy to allow Australian families and businesses to confidently adopt clean energy technologies,” Miller said.

SA Power Networks General Manager Strategy and Transformation Mark Vincent said this trial is one of a number of initiatives the distributor has underway to support more solar and distributed energy resources on its network.

“Our target is to double the amount of solar we can accommodate on our network by 2025. We are looking at smart solutions, rather than expensive network capacity investment, to help make it happen.”