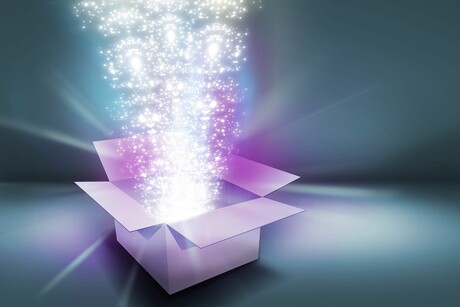 The price of storing renewable energy as heat could be reduced by new heat-harnessing ‘solar’ cells.

According to researchers at the University of Michigan, these cells reflect 99% of the energy they can’t convert to electricity, and could also be used to harvest waste heat from exhaust pipes and chimneys.

The energy storage application, known informally as a ‘sun in a box’, stores extra wind and solar power generation in a heat bank.

“This approach to grid-scale energy storage is receiving widespread interest because it is estimated to be tenfold cheaper than using batteries,” said Andrej Lenert, an assistant professor of chemical engineering.

The ‘sun’ itself in this approach is already low cost: a tank of molten silicon, for instance. The relatively expensive parts are the photovoltaic panels that turn the stored heat back into electricity.

Compared to ordinary solar panels that turn light, rather than heat, into electricity, thermal photovoltaics need to be able to accept lower energy photons — packets of light or heat — because the heat source is at lower temperature than the sun. To maximise efficiency, engineers have been looking to reflect the photons that are too low-energy back into the heat bank. That way, the energy gets reabsorbed and has another chance to get packaged into an electricity-producing, higher-energy photon.

“The energy emitted by the heat bank has over 100 chances to be absorbed by the solar cell before it gets lost.”

The conventional gold-backed thermophotovoltaic reflects 95% of light that it can’t absorb — which is fairly good, but if 5% of the light is lost with each bounce, that light has on average 20 chances to be re-emitted in a photon with enough energy to be turned into electricity.

Increasing the number of opportunities means one could potentially use cheaper solar cell materials that are choosier about what photon energies they’ll accept. This has additional benefits: higher energy photons make higher energy electrons, which means higher voltages and less energy lost while getting the electricity out.

In order to improve the reflectivity, the team added a layer of air between the semiconductor — the material that converts the photons into electricity — and the gold backing. The gold is a better reflector if the light hits it after travelling in air, rather than coming straight from the semiconductor. To minimise the degree to which the light waves cancel each other out, the thickness of the air layer must be similar to the wavelengths of the photons.

The study published in Nature is titled ‘Near-perfect photon utilization in an air-bridge thermophotovoltaic cell’. U-M has applied for patent protection and is seeking commercial partners to bring the technology to market.

Sydney's 'factory of the future' ready to drive statewide innovation