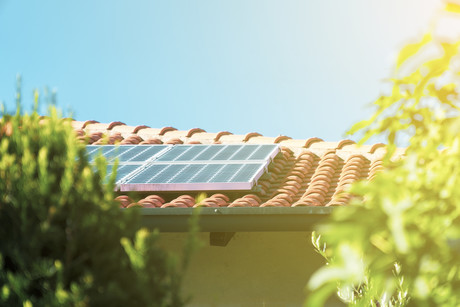 Just on 12 months ago, the development of an Australian Battery Performance Standard (ABPS) was announced. Why was the standard necessary and what’s the latest news?

Domestic photovoltaic (PV) solar systems are used extensively in Australia. Relative to population, we have one of the highest uptake rates of solar technology in the world. According to the 2019 Clean Energy Australia report, published by the Clean Energy Council in 2018, the number of Australian households with rooftop solar systems has passed the 2 million mark — that’s a staggering one in five households.

That high participation rate can be attributed to a couple of things:

No wonder, then, that consumers are seeking alternatives and turning to solar in record numbers, with the battery energy storage market expected to explode in the short term. Despite huge uptake, the absence of a battery energy storage system (BESS) performance testing standard makes it difficult for consumers to make a well-informed choice when investing in home batteries and rooftop solar systems.

To alleviate this issue, in June 2018 a consortium, led by testing and certification agency DNV GL, commenced a two-year, two-stage project designed to deliver a draft Australian BESS performance standard (Draft Standard), under which battery performance can be tested and articulated.

The Draft Standard will define the series of performance testing protocols and performance metric reporting methods, creating a level playing field for reliability and performance. It relates directly to battery systems connected to a residential or small commercial solar PV system (with a maximum size 100 kW peak power and 200 kWh stored energy) operating under specific Australian conditions. The upshot is to ensure that end users are better informed and can compare systems on a like-for-like basis.

Once the Draft Standard is complete, it will be submitted to Standards Australia to begin the formal process of becoming a recognised Australian Standard. DNV GL says the expected timeframes are lengthy, so the Draft Standard will also be released as a recommended practice for early adoption by industry prior to finalisation of the official standard.

Other members of the consortium and their project roles and responsibilities include:

The project is being funded by the Australian Renewable Energy Agency (ARENA) as part of the Advancing Renewables program and by the Victorian Government through the New Energy Jobs Fund (facilitated by the Department of Environment, Land, Water and Planning).

The two-stage project was designed to run over two years, with six months allocated for stage one. It was envisaged that the results of stage one activities would inform requirements for stage two. The project team provided the most recent status update via webinar on 20 June 2019, with everything seemingly tracking to plan.

The now-completed first phase incorporated a comprehensive gap analysis on existing local and international battery performance standards. The intention here was to understand and communicate the current framework and coverage of existing standards and to avoid reproducing work that may already exist. It allowed the team to identify areas where work was needed and should be focused to maximise value.

The team identified and collated 285 standards, codes and best practices, which they then shortlisted down to 124 after determining they were directly applicable to the project. They developed a standard review template sheet and had content reviewed by teams in the EU, the US and Australia.

Stage one incorporated two additional key activities: 1) development of a high-level draft framework for the proposed standard; and 2) a review and analysis of data and outputs from the ARENA-funded Independent Battery Performance Testing project — an independent initiative which tests products under Australian conditions, comparing batteries against manufacturer claims.

The project is tracking on time against all milestones and deliverables. It’s moved into stage two, which consists of the following key activities:

The standard is being developed to cover the majority of current battery technologies — or those most likely to be found in a household BESS of the type outlined. Testing within the standard is designed to be as technology-agnostic as possible, allowing for future developments and inclusion of additional battery chemistries.

So, 12 months in and all appears to be on track, with the project team committed to keeping the market informed. If all continues as planned, the Draft Standard will be released as an interim measure this time next year, providing manufacturers, systems integrators and end users with some much-needed guidance.

Australia's energy crisis has led to greater demands of the industry, but we're also...

The inaugural Energy Efficiency Expo Australia — to be held in Melbourne this October...