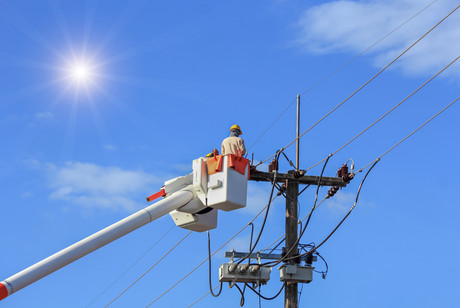 On 17–18 March 2018, high winds in the south-west region of Victoria led to six fires caused by electricity distribution assets, one of which involved a broken power pole at Garvoc and another involved clashing powerlines in Terang, the report explained. A separate legal investigation into the Garvoc and Terang fires is ongoing.

However, consumers have remained concerned about the potential for further fires and have questioned Powercor’s ability to safely manage the network. As a result, ESV began investigating the state of wooden power poles in the region.

“The community deserves assurance that action has been taken to mitigate the risk of pole failure that caused one of the major fires,” said Director of Energy Safety Paul Fearon. “Community concerns around other poles in the region also had to be addressed.”

In the investigation, ESV inspected 1200 poles in the south-west by visual inspection and hammer test, half of which were part of Powercor’s 2019 non-routine inspection, and tested 112 poles using sonic tomography and electronic impedance testing.

The report found 98% of poles exceed the required residual strength necessary to remain in service and 2% of poles are classified as limited life or scheduled for replacement.

It also stated Powercor’s recent changes to its inspection and testing processes, which came about after significant community criticism, have improved accuracy and safety. These changes include increasing the frequency of its inspection and testing processes for limited life poles from 30 months to 12 months, and increasing the safety factor assigned to prevent failure prior to replacement from 25% to 40%.

With these changes in place, ESV concluded the company’s regime is fit for purpose to address the immediate risk of pole failure in the south west.

Powercore has also announced it is in the process of installing new safety devices across its network to reduce the risk of powerline-related bushfires. For example, Rapid Earth Fault Current Limiter (REFCL) technology will be in operation at both the Ballarat north and south zone substations by April 2021.

“Powercor has made the required changes to their inspection and maintenance processes to adequately deal with those poles that are degrading at a faster rate. But if there are safety issues that have not been considered in this draft, we want to hear about them,” Fearon said.

ESV is seeking feedback on the report. Submissions close 24 June 2019.

Intrinsic safety has been vital in shielding workers from workplace accidents in settings that...

Choosing the right test equipment isn’t always easy. With that in mind, data cable and...

Electromagnetic fields (EMF) are an ever-present part of our environment, provoking increasing...