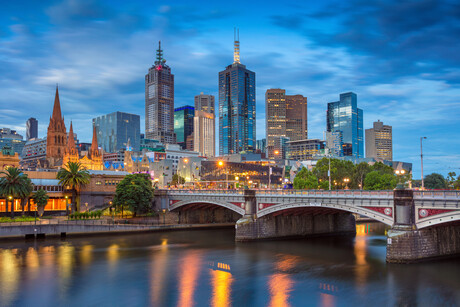 Energy Networks Australia (ENA) has been mapping the impact of COVID-19 restrictions on electricity consumption in Victoria throughout the pandemic, an exercise made easier thanks to widespread use of smart meters.

Having previously explored changes from April to June 2020, ENA revisited the exercise in view of the Stage 3 restrictions introduced in July. This was followed by Stage 4 restrictions across metropolitan Melbourne in August, which encompassed a strict curfew and 5 km travel zone.

ENA compared consumption for a given month in 2020 with the same month in 2019, with no correction for weather. Results showed a July increase in coastal regions, which ENA says can probably be attributed to some Victorians electing to spend isolation in regions usually reserved for summer. Unsurprisingly, demand in ski field regions decreased by more than 30%, with resorts closed for business.

SME and large business consumption decreased in August, though the impact was not as severe as that seen in April (in the case of SMEs). Overall, total consumption in Victoria increased in almost 80% of postcodes in July — with most areas showing a rise of between zero and 20% throughout the month.

ENA says analysis of consumption is based on raw unaudited data and that gaps exist in some cases. These gaps may cause comparisons of consumption between 2019 and 2020 to be less accurate in smaller postcodes, but ENA says the exercise highlights the wealth of information available courtesy of the smart meter program. The industry body further says that 50 billion energy consumption data points have been collected over the last 10 years (according to a report published by Jemena), which represents a rich dataset that can be used to deliver insight into how and when consumers use electricity and also allows support to be targeted at consumers who need it most.

The full report can be found here.