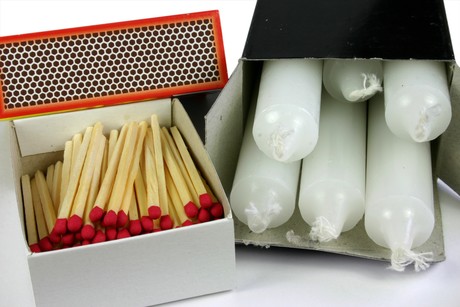 More than 1.1 million people were affected by 167 power outages in Australia and New Zealand (ANZ) in 2018, but overall power outages decreased for the first time in four years, according to power management company Eaton. Regardless, the company recommends businesses have disaster recovery plans in place to prepare for power disruptions.

Eaton recently released its annual Blackout Tracker Report for ANZ, which revealed 40% of all power outages were caused by weather or falling trees last year. While one storm in Brisbane left 130,000 people without power, a category two cyclone left more than a quarter of Auckland homes without power. More people were affected by power outages in Queensland than any other state, accounting for 248,031 of the 743,714 people affected, the report found.

Gordon Makryllos, Managing Director Australia and New Zealand at Eaton Industries, said that while the decrease in power outages is a positive sign, the unpredictability of blackouts serves as an important reminder for business owners to ensure disaster recovery plans are in place and aligned with the current IT environment.

“Digitalisation is rapidly transforming the business landscape and increasing power dependency — from applications that support digital transformation, right through to intelligent infrastructure for smarter control and energy efficiency. This is expected to increase with the rollout of 5G across the region, so power reliability and availability is critical to operations and automation of data,” Makryllos said.

The report noted that power outages can be expensive, with the average Australian organisation experiencing approximately three days of unexpected downtime per year costing around AU$70 billion, according to the EMC Global Data Protection Index. To prevent disruption and avoid costly downtime and data loss, Makryllos said it is important to regularly review disaster recovery plans and backup power systems.

“Security is also increasingly important during a power disruption, with uninterrupted power supplies (UPS) needed to ensure internal devices are protected against threats that might target their networks. UPS can improve power system reliability by notifying administrators of potential issues and enabling the orderly, graceful shutdown of servers and data storage during a power outage,” he continued.

Although there were a number of power issues throughout 2018, the report highlighted that the nation is finding ways to address these challenges. For example, Tesla’s giant battery in South Australia, the Hornsdale Power Reserve, was credited for lowering the price of power outages by 90% in the first four months of operations. The Australian Renewable Energy Agency (ARENA) also announced a new 8 MW virtual power plant is expected to be open in South Australia by the end of 2019 to reduce power costs and enhance reliability during outages.