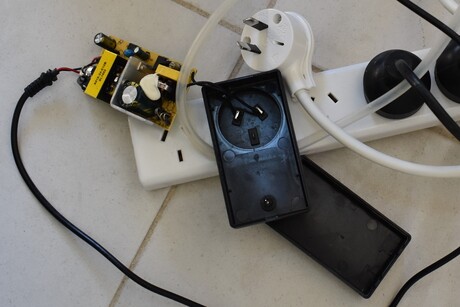 A 10-month-old baby has narrowly escaped serious injury, after making contact with live parts of a damaged power supply.

WA’s Director of Energy Safety is reminding parents to check the condition and location of electrical equipment at their homes, after the baby was lucky to escape with only finger burns when he touched live components.

Building and Energy electrical inspectors attended a house in Hocking in August after the 10-month-old boy managed to reach a power board where fish tank lights were plugged in.

The plastic casing around the lighting’s power supply had become loose and separated, exposing the electrical parts inside. The baby made contact with live conductors carrying up to 240 volts of electricity, causing burns to his finger before his mother rushed over and kicked the power board away from his touch. 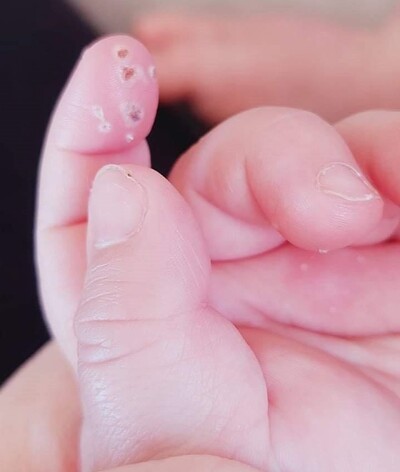 Burns to the baby's finger.

WA’s Director of Energy Safety, Saj Abdoolakhan, said the baby was taken to Perth Children’s Hospital as a precaution but luckily no further issues arose.

“The little boy was very lucky that his injuries were not more serious, which is obviously an incredible relief to his family,” Abdoolakhan said.

“It’s a timely reminder to check your electrical equipment regularly. If any electrical installations, appliances or power points are damaged or faulty, stop using them immediately. Don’t tape up or try to repair damaged electrical items yourself — replace them or contact a licensed electrician. It’s not worth the risk.

“Also remember that residual current devices, or RCDs, do not provide protection against all electrical hazards. In this case, we believe the baby made contact simultaneously with the active and neutral components inside the power supply. This is different to someone touching only the active component, causing the current to flow through their body to earth, which an RCD is designed to detect.”

Intellihub has been selected as the new metering coordinator for Tasmanian electricity retailer...

AEMC is changing assessment methods for risks that could lead to cascading outages or major...