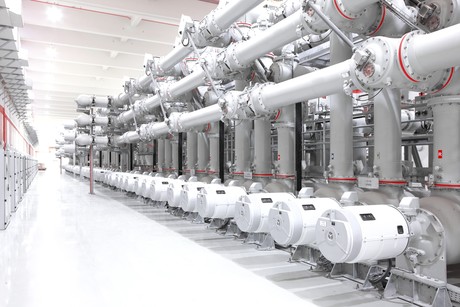 The five-year framework contract — reported to be worth more than $100 million — will involve the supply of GIS for the construction of a transmission grid that will help strengthen the energy infrastructure in order to gradually integrate electricity generated by more renewable sources. The project is claimed to be the largest electricity grid expansion to date in Austria.

Renewable energy can be difficult to predict and can cause load fluctuations. Its integration into the power grid requires a strong and resilient transmission infrastructure. The network connects wind power generators in eastern Austria to pumped storage power plants in the western part of the country. It will also transport surplus solar and wind power to pumped storage power plants in the Alps that act as ‘green batteries’ for storing electricity that can be harvested during high-demand periods.

GIS is a compact, metal-encapsulated switchgear that uses pressurised insulating gas, enabling safe operations in confined spaces. It significantly reduces equipment footprints by occupying only 10% of the space taken by an air-insulated switchgear substation, thus acting as an important enabler for urbanisation.

Under the #mission2030 plan, Austria is aiming to achieve 100% electricity consumption from renewable energy and a carbon-free society by 2030. This goal is in line with the European Union’s renewable energy targets of 32% by 2030 and 75% by 2050. APG is integrating technology solutions from ABB to act as catalysts in enabling a smarter, safer and greener grid.

“With advanced technologies that are enabling a sustainable energy future, ABB Power Grids is at the forefront of integrating and transmitting renewable energy,” said ABB Power Grids President Claudio Facchin.

“ABB has a long-standing relationship with APG, and our reliable GIS technology will play a key role in this important extension project to strengthen the transmission infrastructure,” added Markus Heimbach, Managing Director of ABB’s Power Grids High Voltage business line.

From the end of 2019 to 2024, ABB’s GIS will be installed in several substations throughout Austria.

The Australian Energy Market Commission (AEMC) has released its final decision on improved...