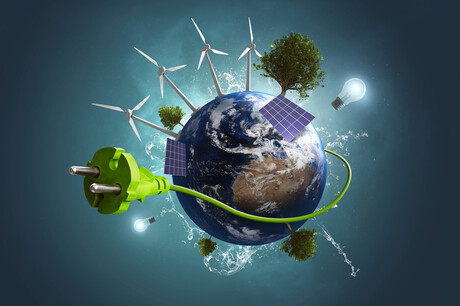 The changing climate is having an impact on energy systems all around the world.

Electric-power systems are particularly vulnerable to natural stressors such as wildfires, severe storms, extreme temperatures and long-term disruptions of the hydrological cycle.

Impacts of climate-related water stress and temperature changes can cascade through energy systems, although models have yet to capture this compounding of effects.

A team of researchers led by Penn State has developed a coupled water-power-economy model to capture these important interactions in a study of the exceedance of water temperature thresholds for power generation.

“As we have experienced in recent years, there have been more and more natural stressors on our systems, like the cold snap in Texas last year and the wildfires and droughts in the West,” said Mort Webster, professor of energy engineering at Penn State.

“Increasingly, these stressors are causing major regional power disruptions and there is good reason to think these may increase in the future with more climate change.”

“Models are typically operated independently of one another,” said Karen Fisher-Vanden, professor of environmental and resource economics and public policy, director of the Institute for Sustainable Agricultural, Food, and Environmental Science (SAFES), and principal investigator of the Program on Coupled Human and Earth Systems (PCHES).

“Under different scenarios of changing weather patterns and extremes, the impacts on the human and natural systems can vary and the interactions between systems can be critical. This research integrates multiple existing models to capture the interactions and feedbacks.”

The team conducted a case study for the western United States based on the Western Electricity Coordinating Council reliability system, which corresponds to the 12 states of the United States that are west of the Rocky Mountains as well as portions of British Columbia, Alberta and northern Mexico, to explore how vulnerable the system is and when and where it is vulnerable. Their findings are published in the journal Nature Energy.

“Our team developed a framework to investigate what we need to do for our systems to be ready for the next 50 to 100 years of shocks and how to make them more resilient,” Webster said.

“For example, chronic water shortages in the western United States have gone unabated, and an increased frequency and severity of droughts and heatwaves could result in insufficient cooling water for thermal generators, restricting power supply.”

“Our study is the first to look at how water stress, in a detailed representation, ripples through the power system all the way to economic losses. Our coupled model framework captures interactions across water, power and economic systems while retaining spatial, temporal and sectoral detail,” Webster said.

The team’s analysis of the impacts of a range of climate forcing patterns on the coupled water-power-economic system demonstrated that higher water temperatures can lead to a causal chain of events, from electric-power generators being offline because of the cooling-water intake-temperature limits, to higher electricity costs and unmet electricity demand, to economic adjustment and productivity reductions in electricity-using sectors.

The team found that many climate patterns that result in generator outages from higher water temperatures do not result in any significant impacts. For any given external shock, the interconnected networks in the water-power-economic system mitigate the impact by providing redundancy and transferring the impact spatially.

“An important implication of this result is that a reduction in available generation capacity on a given day does not necessarily indicate any significant cost. Our system is pretty resilient since we have built a lot of redundancy into it. It takes a big shock to actually disrupt things so that energy does not get to the consumer,” Webster said.

According to the researchers, most of the economic impacts result from a demand for electricity that cannot be met at specific times and locations.

“We found that intermittent interruptions in electricity supply at critical times of the day, week and year account for much of the economic impacts,” Webster said.

“Net consumption loss can be as much as 0.3% annually across the broader regional economy, with up to a 3% increase in the average cost of electricity and more than a 1% loss of production from regional manufacturing.”

They also found that impacts may be in different locations from the original water stress.

“As interdependent systems become more stressed from many stressors occurring all at the same time, all it takes is one more push to create a problem and that problem may show up somewhere else because the system is a single interconnected network,” Webster said.

“So as more wildfires, droughts, floods and cold snaps stress the system, we may see more frequent impacts. Although over the last 50 years, we have not had very many catastrophic outages, we do need to prepare for what may be coming and build even more redundancy than we have now into the system.”

The results underscore the importance of accounting for feedback between overlapping and interacting system networks. Importantly, this type of coupled model approach allows investigators to retain the spatial, temporal and sectoral richness represented in each of these individual models that would be unachievable in one comprehensive model where detail is usually sacrificed for computational tractability.

Many systems lack a quick and easy way to shut down solar panels in the event of an emergency,...