It's time to create the grid of the future, says AEMC 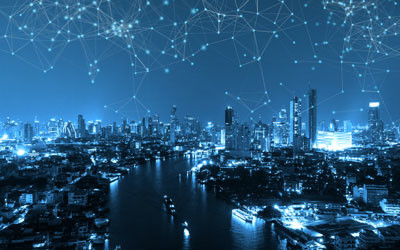 The Australian Energy Market Commission (AEMC) has urged that action be taken to create an energy grid that can accommodate rooftop solar expansion and a national electric vehicle network.

The AEMC has published a report — ‘Integrating distributed energy resources for the grid of the future: Economic regulatory framework review 2019’ — calling on distribution network companies to kickstart major grid reforms to accommodate renewable energy and avoid the need for significant new network investment.

The commission highlights that rooftop solar penetration has reached a point where a choice needs to be made between distribution networks spending billions on new substations, poles and wires to cope, or start delivering the grid of the future so consumers aren’t landed with unnecessary costs.

Releasing the report, AEMC Chairman John Pierce said networks are increasingly cutting solar PV flows off from the grid because of the power system’s inability to connect new technologies.

“We need electricity networks to become trading platforms where consumers are the drivers of change,” Pierce said.

“We are already seeing more take-up of distributed energy resources like batteries, electric vehicles and smart appliances. They can smooth peak demand on the grid and help stabilise the power system — making the most of all the energy in the system, wherever it’s produced or stored.

“A grid-enabled trading platform will open up a whole new world of opportunities for households and businesses — providing payments for services like frequency control and network support to make the power system stronger and enable higher levels of domestic demand response.

The AEMC distributed energy resources blueprint identifies initiatives that can be implemented immediately and sharpens focus on reforms already underway that need to pick up speed. Several key actions are needed to deliver distribution networks that will work for the future through an integrated program with all the market bodies and the Energy Security Board.

“There are serious choices to be made,” Pierce said. “To keep building traditional infrastructure and passing on those costs to consumers, or get on with the job of implementing reforms to increase access to the network for new solar connections, to improve reliability and security while that happens, and to avoid gold-plating,” he continued.

“Consumers are already doing their part and investing in their own rooftop energy generation, but distribution networks are not moving quickly enough to realise the value of those investments.

“Where new rules are required to accelerate change, we will push ahead with proposals for new distribution network pricing, access and connection arrangements if proponents don’t start that process themselves by early next year. We won’t stand by and allow the current situation to continue.

“Failure to act now would mean either fewer people are able to export solar to the grid, or all consumers will pay more to build new substations and poles and wires that are rarely needed.”

Via a Grid of the Future program, the AEMC has identified implementation pathways for futureproofing distribution networks:

Distribution networks and the Australian Energy Regulator (AER) can implement cost-reflective network tariffs that reward customers who have invested in solar PV for using and storing electricity in ways that help the grid work efficiently.

The need for costly augmentation of the grid is reduced by ensuring price incentives encourage consumers to export excess energy back to the grid when it is most valuable.

The report suggests that distribution networks or relevant stakeholders request rule changes in relation to possible improvements in managing network operational information and system security supports. The AEMC is collaborating with St Vincent de Paul Society Victoria and the Distributed Energy Integration Program (DEIP) access and pricing working group to reform network charging arrangements in light of the changing relationship between consumers and the power system. Instead of paying only for energy consumed, customers would pay for access to the services they need through the network and be rewarded where they can provide services back to the grid. The total revenue networks can earn would continue to be regulated, with lower total network costs.

With the Australian Renewable Energy Agency (ARENA), market bodies — AEMC, Australian Energy Market Operator (AEMO) and AER — consumer groups or Standards Australia can accelerate the development of technical standards and provision of information to support the integration of solar and other distributed energy in the grid. This includes:

“It is very costly to invest in generation and network infrastructure when it is only used for a few hours each year to service peak demand,” Pierce explained. “By more efficiently using the energy produced by distributed energy resources, and by encouraging consumption and storage of energy when it is cheapest, both power bills and demand on the electricity network can be reduced.

“That’s why the ability for customers to choose to reduce demand in a manner that is suitable to them is such an effective part of the energy market’s toolkit.”

The AEMC will monitor progress on the recommendations as part of its annual review of electricity networks economic regulatory frameworks.

In a world dominated by alternating current, it seems direct current has virtually disappeared...

A battery concept adopting an anode and cathode made of aluminium and anthraquinone could result...