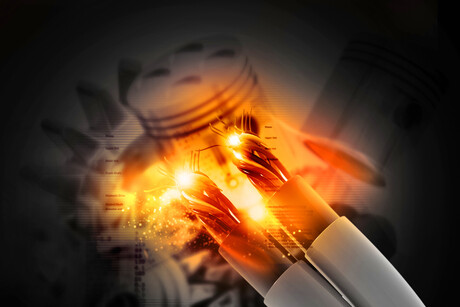 Fire issues such as detection, suppression and containment of fire and smoke aren’t normally a concern for the cabling industry — these are typically left to fire professionals.

However, they become paramount to cablers if they route cabling through building elements that are deemed as fire containment barriers.

Most regulations imposed on any industry generally revolve around safety for the public and for the industry itself. The mandatory cabling regulations for our industry — AS/CA S008 (products) and AS/CA S009 (installation) — are based on the ‘pillars’ of safety and network integrity. Key safety issues in the current S008 and S009 regulations are proximity of metallic telecommunications conductors to electrical conductors, earthing and exposure to laser emissions. The soon-to-released S008 and S009 revisions will add warnings about the newly introduced ES3 energy sources, which are classified as hazardous.

Australia’s building regulation — the National Construction Code (NCC) — doesn’t invoke cabling requirements. However, compliance must be factored in by cabling and all other services installed in buildings, as it is integral to the safety of building occupants — and thereby users of the building services.

The NCC comprehensively defines the purpose and applicability of fire-resisting building elements and other means to constrain the spread of fire in buildings e.g.

The NCC addresses situations where cabling may pass through fire-resisting building elements, but requires the penetrations to not reduce the barrier’s FRL. Importantly, this imposes the responsibility to maintain the FRL on whoever makes the penetration.

The soon-to-be-released revised AS/CA S009 regulation has an updated fire-stopping clause to provide sound direction for cablers on what needs to be done when they encounter fire-resisting building elements obstructing their cabling pathways; as well as outlining their accountabilities when contemplating penetrations to these barriers.

In consulting many industry stakeholders for this article, it was apparent that, while a heavy responsibility, sealing penetrations in fire-resisting building elements can and is being done safely and cost-effectively.

Most of the electrical and cabling contractors consulted said their standard procedure in dealing with potential penetrations in fire-resisting building elements was to firstly consult with the facility manager or building owner to check if the barrier was fire-rated or not. If it was, they would make an appropriately sized penetration, route the cables and then seal it with an NCC-compliant method — typically fire-rated sealants or fire-collars. One electrical contractor cited the ‘Tested Systems’ outlined in Clause C3.15 of the NCC and said “It’s my go-to place to cover my butt.” Others said they occasionally used the spare capacity in existing penetration-sealing systems, and routed cables through them. In every instance, however, they were very conscious of their responsibility to not compromise the integrity of the barrier and took steps to ensure they didn’t reduce the integrity of what was already in place — effectively ‘covering their butts’ from fire-damage liabilities.

Cabling registrars commented that, where cablers had to penetrate a fire-resisting building element, many would take photos of any penetrations and cabling passing through them after being appropriately sealed and included them in TCA1 forms they submitted to clients and retained for their own records. Where they found existing penetrations they considered ‘dodgy’, they submitted TCA2 forms to formally distance themselves from sub-standard or possibly non-compliant work done by others.

Fire-resisting building elements are designed and certified by fire professionals, who are held accountable for their determinations. This is typically carried out at the construction phase of a building, with the NCC stipulating the required fire-compartment compliance for specific building classifications. Once compliance is granted, the building is considered safe to occupy. However, anyone who creates penetrations that reduce the building’s fire integrity is accountable for that compromise and must take steps to reinstate that defined fire integrity.

Modern insulation testers are designed to ensure a non-lethal output, but no-one should be...