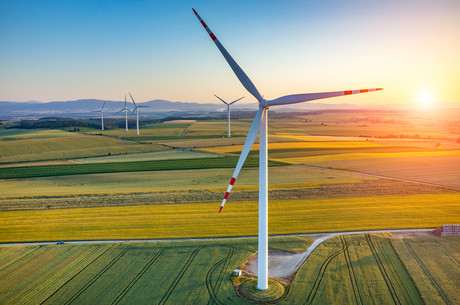 Construction has begun on the $275 million Mortlake South Wind Farm in Victoria, which will include the state’s first underground transmission line and create over 100 jobs.

The 157.5 MW wind farm, being built by ACCIONA, will include 35 Nordex wind turbines and an energy storage installation with a capacity of 4–5 MW. It will generate enough clean energy to power 115,000 homes and avoid 532,000 tonnes of CO2 emissions every year from coal-fired power stations.

Energy Minister Lily D’Ambrosio said the project will create over 90 new jobs during construction and 34 ongoing jobs. Another 20 jobs could also be created in metropolitan and regional areas with Nordex planning to establish a regional hub in Victoria, which will service Australian, New Zealand and Southeast Asian markets.

ACCIONA will lay a 15 km-long underground power line of 220 kV as far as the substation at Terang. The underground transmission route will be finalised based on environmental, cultural heritage and engineering considerations aimed at minimising the impact of the wind farm’s construction and ongoing presence. A planning permit will be required for the new power line.

On top of the four wind farms ACCIONA currently operates in Australia, the one at Mortlake South will represent a 36% rise in the company’s wind power capacity in Australia, reaching 592 MW.

“This fifth wind farm in Australia shows our long-term commitment in a country whose energy future is increasingly linked to the development of clean and renewable sources — a process to which ACCIONA wants to make a significant contribution,” said Brett Wickham, ACCIONA Energy Australia’s Managing Director.

The Mortlake South Wind Farm will help the state meet its target of generating 50% renewable energy by 2030. “Our energy targets have been the catalyst for unprecedented renewable energy investment and jobs growth in regional Victoria,” D’Ambrosio said.

Construction is expected to be completed in October 2020.